700MHz spectrum award may find way back into discussion CGS-CIMB said that the 5G commercial roll-out will be part of Phase 2 of Jendela (2023-25), as MCMC’s immediate priority is to address existing coverage/quality of service issues.

PETALING JAYA: The award of the earlier retracted 700MHz spectrum is expected to be brought back into discussion only when the National Digital Infrastructure (Jendela) targets are achieved.

This was told to analysts who attended a recent briefing by the industry regulator, Malaysian Communications & Multimedia Commission (MCMC).

The rationale is that the regulator hopes for more effective network coverage via technological adoption, said Kenanga Research in its report yesterday.

CGS-CIMB said that the 5G commercial roll-out will be part of Phase 2 of Jendela (2023-25), as MCMC’s immediate priority is to address existing coverage/quality of service issues.

Once a solid foundation is laid, the research firm believes this will lead to the delivery of proper 5G services when launched.

The 700MHz spectrum, which was previously allocated for the national 5G network, could also be veered into improving the 4G network.

The shutdown of the 3G network by 2021 will free up the 900MHz and 2100MHz bands that could also be used to relieve network capacity and further boost 4G coverage, if needed, said Kenanga.

The regulator, at the briefing with analysts, also said having a single 5G network is not ideal in terms of resiliency, while consumers will also want choices.

That is a positive development for the country and we have seen during this pandemic how important it is to have redundancy in networks.

According to CGS-CIMB, the Jendela planned RM21bil investment (2021-25) will be 40%/60% funded by the universal service provision (USP) fund/private sector.

On the whole, Kenanga said the Jendela initiative could bring more benefits to consumers as the necessity of 5G in the country might not be that urgent at the moment.

In hindsight, building a stronger backbone would enhance the national 5G preparedness and enable a more seamless adoption.

Also, as network capabilities become more all-encompassing, it is possible that we could see greater converged offerings in the future, it said.

Both Kenanga and CGS-CIMB retained their “neutral” call on the sector.

Kenanga said for now, the industry is challenged by affordability being a pressing concern for consumers and loss of customers, namely enterprises, which could be a result of slowing economic activity. 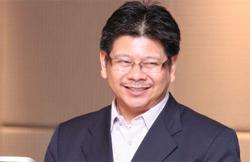