China to open up further to foreign investment 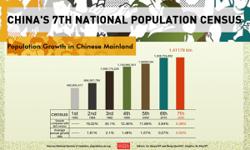 BEIJING: China will open its vast domestic market wider to global investors for a win-win cooperation under its new development pattern, a top official said.

“We will promote international cooperation and continuously pursue mutual benefits and win-win results by virtue of our large domestic market, ” vice-premier Han Zheng said at the opening of the China Development Forum 2020 in Beijing.

The country has the world’s biggest and most promising consumer market and will forge ahead with opening-up in a deeper and wider way to share the opportunities of its vast market with worldwide enterprises and investors, Han said.

“China’s steps of reform and opening-up will never stop, ” Han said, adding that the country will not resort to a closed economy under the “dual-circulation” development pattern.

In the upcoming 14th Five-Year Plan (2021-25) period, the country will step up efforts to build a “dual-circulation” development pattern, in which the domestic and foreign markets will reinforce each other with the domestic market as the mainstay, according to the Fifth Plenary Session of the 19th Central Committee of the Communist Party of China.

Han, who is also a member of the Standing Committee of the Political Bureau of the CPC Central Committee, called for the international community to build a consensus and cooperate to fight the Covid-19 pandemic and promote the global recovery.

The country will seek to deepen collaboration with the global community in areas such as containing the pandemic, maintaining multilateralism, advancing technological innovation and pursuing green and inclusive development, he said.

Han added that the Chinese economy has performed better than expected so far this year and the nation is confident of fulfilling the main economic and social targets of the year.

Tang Dengjie, vice-minister of the National Development and Reform Commission, said that in the next five years the nation will continue to develop international cooperation platforms such as the China International Import Expo to help global enterprises explore business opportunities in China and deepen cooperation under the Belt and Road Initiative.

Tang said the country will also improve its property rights protection system and intensify punishment of intellectual property rights infringement, as part of its deepening reform and opening-up efforts during the 14th Five-Year Plan period.

Speaking at the forum, Virginia Rometty, executive chairwoman of IBM, stressed the importance of strengthening international cooperation. “The challenges we are facing are global in nature, and so too are the solutions.” She warned that decoupling China from the rest of the world could mean “significant” costs for the world. — China Daily/ANN