KUALA LUMPUR: A groundbreaking ceremony for the Four Seasons Resort and Private Residences Okinawa has been carried out at the project site in Onna Village, Okinawa in Japan.

The ceremony was officiated by the mayor of Onna Village, Nagahama Yoshimi, and witnessed by key representatives from Onna Village and Berjaya Okinawa Development Co Ltd.

Bhd executive chairman Tan Sri Vincent Tan said: “We are pleased to continue our successful partnership with Four Seasons for the Four Seasons Okinawa, emulating the success of Four Seasons Hotel and Hotel Residences Kyoto, which has garnered numerous international recognitions and accolades.

“Besides Okinawa, we will also be building a Four Seasons Hotel in Yokohama. In total, we plan to build a total of 10 hotels with Four Seasons branding across Japan.

“Given the considerable effort and investment that will go into the design and construction of the Four Seasons Okinawa, as well as of the future property development projects which make up the remaining land in our master plan development, I am confident that our huge mixed development project in Onna Village will have vast commercial potential, and will add immense value to the economic development and growth of the island.

“Besides creating a host of long-term employment and business opportunities for the local community, it will put Okinawa on the world map as a prime destination to visit in Japan, ” he said in a statement, adding that the ceremony was carried out on Oct 28.

Speaking via online from Kuala Lumpur, during the ceremony last week, Tan said through the masterful eyes of world-renowned Japanese architects Kengo Kuma and Kuniken with internationally-acclaimed masterplan and landscape architecture firm EDSA Inc, the project was expected to take about three years to complete with the gross development value estimated to be about US$1bil.

Tan said it was located along the western coast of the island, known as the Sunset Strip where most of the luxury resorts are located, and is close to the famous Manzamo Cape.

The property will also have easy access by highway from Naha Airport and located near the major tourist attractions, according to eglobaltravelmedia.com.au

Comprising about 35 acres of the project development land area, the Four Seasons Okinawa will be an exclusively low-dense and low-rise resort development, with a total of 279 accommodation units, comprising 127 hotel rooms, 124 condo residences and 28 villa-type private residences, the portal said.

In keeping with Four Seasons brand’s unparalleled standards of hospitality, the resort facilities will include a lively mix of restaurants and bars, a banquet venue, fitness and pool, spa treatment facilities, beach club and sports facilities, as well as public grounds and gardens of the highest standards.

The low density layout of the resort will allow guests and homeowners to access every amenity by foot, bicycles or golf carts, the portal said.

Berjaya Land’s chief executive officer Syed Ali Shahul Hameed said Okinawa was a hugely popular tourist and had gained a reputation as the “Hawaii of Japan, ” adding that the Four Seasons brand reflected Berjaya’s commitment to Okinawa, its community and the local economy.

The Four Seasons Okinawa will be Berjaya’s second hotel on the island.

The group opened the ANSA Resort Okinawa in November 2019. The hotel is located in Uruma, the third largest city in the Okinawa prefecture. 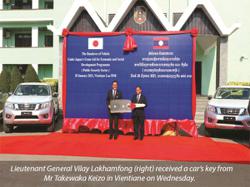