is expected to see a ramp up in order flows from its new customers over the quarter and FY22.

“While we expect revenue and net profit to normalise in the third and fourth quarters of FY21 after the seasonally stronger second quarter, we believe order flows will remain steady on the back of strong demand for its key customer’s products, particularly from the Asian markets, ” the research house said.

CGS-CIMB raised its FY21 to FY23 earnings per share (EPS) for ATA by 4.2% to 8.4% to factor in better order flows and economies of scale, keeping its “add” call with a higher target price of RM2.43.

Despite the threats of Covid-19, ATA notes that its current year’s prospects remain positive, as its main customer’s order forecast remains strong and its new customers’ projects will commence during the year.

“The group is also expected to increase its capital expenditure during the financial year in order to ramp up its production capacity to meet the increase in demand, ” said ATA in a Bursa Malaysia filing.

According to AmInvestment Bank, ATA’s main customer’s projects for 2020 are all on track as a personal care product commenced production in early 2020, followed by the second product launched in July 2020 as scheduled, while the third product has started production ahead of schedule in October 2020 with contribution expected to be seen in the fourth quarter of FY21.

On another customer’s updates, ATA has commenced production on the customer’s first project in September 2020, while the newly-secured second project for larger cutting machines will begin production in March next year.

“Both projects’ expected annualised revenue are to be RM600mil per annum, which we have factored into our forecasts.

“The group continues to be in active discussion to secure new original design manufacturer (ODM) projects with the said customer, ” said AmInvestment Bank, which maintains its “hold” recommendation on ATA with a higher fair value of RM2.22, pegged to a higher 2021 price-earnings multiple of 18 times.

Armed with its extensive manufacturing capabilities and proven track record, ATA had secured five new customers in FY20 as a result of the US-China trade war, as some companies shifted their manufacturing base away from China.

“One of the sectors the group is closely monitoring is the Internet of Things (IoT), which is growing significantly due to advancement in high-volume data storage, real-time analytics and cloud computing.

“IoT devices are usually a good blend of plastic, mechanical and electronic components, which are a good fit to the group’s capabilities and expertise, ” said ATA in its 2020 annual report.

ATA posted a 68.4% year-on-year increase in net profit to RM52.29mil in the second quarter ended Sept 30,2020 from RM31.04mil on higher sales from existing customers, coupled with optimised productivity and improved operational efficiency.

ATA achieved a record-high quarterly revenue of RM1.38bil, during which it was the first full quarter of operations since the implementation of the movement control order (MCO).

The group’s two previous quarters of earnings were impacted by the MCO as factory operations were halted beginning March 18,2020. 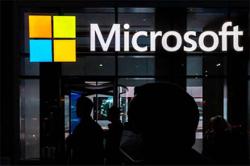