Canada’s Brookfield Asset Management will early next month offer investors a coal terminal in Queensland that, according to Credit Suisse analysts, could be valued at up to A$3.5bil (US$2.5bil). The deal promises a dividend yield of more than 5.5% and will likely be Australia’s biggest initial public offering (IPO) in about two years.

Soon after, Macquarie Group plans to target the opposite end of the investment spectrum with a stake in a technology firm that offers the potential for capital gains.

At first glance Macquarie’s Nuix, which sells software to analyse unstructured data and is valued at about A$2bil, looks to be the pick of the two: in the past two years it has boosted sales at average compound rates of over 15%.

But even as concerns about carbon dioxide emissions and climate change exert growing influence on investment decisions, healthy demand is expected for Brookfield’s Dalrymple Bay Coal Terminal (DBCT), with the dividend a particular lure for retail investors.

“The world has become quite barbelled, ” said Jun Bei Lui, portfolio manager at Tribeca Investment Partners, referring to the bifurcation in investment landscapes. “Everybody is paying for growth and yet there’s no dividends around, so I think (the DBCT dividend) will appeal to the other end.”

“But the investment base for anything that have environmental, social and corporate governance (ESG) issues has been shrinking.” She said Tribeca assessed all IPOs but declined to say whether it would buy into either.

DBCT exports mostly metallurgical coal, an essential but carbon-intensive ingredient in steelmaking. Steel companies are testing processes to replace metallurgical coal with green hydrogen, but no such alternative exists currently.

It will change its name to Dalrymple Bay Infrastructure for the listing, according to a Credit Suisse note, as the company seeks to position itself as an infrastructure play, disassociating its brand from coal.

DCBT has declined to comment on matters relating to the IPO.

Like many aspects of the global economy, Australia’s IPO market ground to a halt due to the coronavirus crisis, but a surge of tech IPOs globally has helped kickstart listings of domestic small and mid-sized e-commerce and tech-related firms.

Australia’s equity market has jumped 38% from a Covid-induced trough in March, fuelled by central bank liquidity and near-zero interest rates, and led by technology stocks such as payments operator Afterpay, which has surged more than 11-fold.

This bodes well for Nuix. If market volatility subsides, it could attract enough investors to pay multiples between 10 and 15 times its revenue, the level fetched by bigger American rival Palantir Technologies which listed this month despite not returning a profit in 17 years. — Reuters 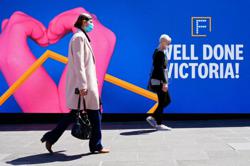 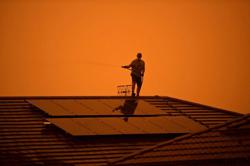