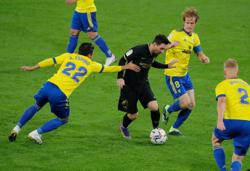 (MMHE) to remain on its recovery trajectory due to the heavy losses in 2Q being unlikely to be repeated.

"Barring another mandatory suspension of operations, the rebound seen in 3QFY20 should signal that the deep losses are very unlikely to recur," said the research house.

However, it noted that 4QFY20 could see a sequentially weaker set of results due to the completion of several of the group's projects in 3Q.

Kenanga upgraded the stock to "outperform" although the target price was cut to 38 sen on expectations of wider losses in FY20-21 to account for weaker marine segment assumptions.

"The group is currently trading at near record-low valuations of 0.2x PBV, despite the recovery trajectory (albeit slow and gradual) from the bottom seen in 2QFY20.

"The group is also in a net-cash position, making its balance sheet much more robust as compared to most of its peers within the oil and gas sector.

"Impairment risk moving forward should also be lower as compared to peers as the group had already done its impairment exercises in the earlier quarter," it said.

In 3QFY20, MMHE recorded a net profit of RM2.7mil, which brought the group back to the black from a core net loss of RM97mil in 2QFY20. 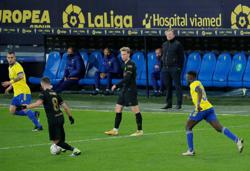