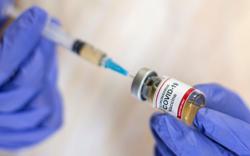 Reviving demand: Griffiths walking out of Dubai International Airport’s terminal three. To boost numbers, he is urging countries to move away from mandatory quarantines on arriving passengers and toward the strategy embraced by Dubai. — AP

DUBAI: A plan to open up air travel between Dubai and London is ready and could be implemented once approved by the respective governments, according to the head of the emirate’s airport operator.

Testing and quarantine requirements have been agreed by hubs and airlines, Paul Griffiths, chief executive officer of Dubai Airports, said in an interview with Bloomberg TV.

Whether they move forward lies “in the hands of politicians” and how they want to balance economic growth with measures to control the rate of infection, he said.

“It’s about time that governments actually recognise what a great job the travel and tourism industry is doing in controlling the spread of the virus, ” the CEO said.

“Reviving demand for travel is “an essential part of the kick-start of the global economy.”

Negotiations with the UK to enable easier journeys between the two destinations is one of several such conversations Dubai Airports is having around the world, according to Griffiths.

Securing final agreements is “the next phase we desperately want to move to, ” he said.

Opening up is crucial for Dubai International Airport, the busiest airport by international traffic before the pandemic, as it relies heavily on connecting passengers around the globe.

Singapore and Hong Kong announced a travel bubble that’s expected to start within weeks, while the former has agreed to business travel from several countries including Germany, Japan, Malaysia and South Korea. India has established bubbles with 17 countries.

A travel corridor between London and New York-adjacent Newark is in the works but is also awaiting the green light from governments, according to the World Travel & Tourism Council.

A United Airlines Holdings Inc flight between the two destinations recently carried out the first US trial of a new digital health app designed to share virus test results and help unlock the lucrative transatlantic market.“I think all it would take is one major corridor to sign up and agree, for there to be a whole lot of confidence from other countries, ” Griffiths said.

Other agreements in progress:

> Aeroporti di Roma is talking to authorities in other countries about replicating rules on its Rome-Milan route that carries only Covid-19-tested passengers.

> AdR is in talks with Deutsche Lufthansa AG, Aeroflot PJSC and Emirates about introducing tests for their flights from the Fiumicino hub in the Italian capital

> Lufthansa is in talks with the United States and Canadian governments to use tests to reopen the trans-Atlantic market. —Bloomberg