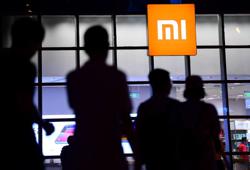 SHANGHAI: Jack Ma’s Ant Group Co is set to raise almost US$35bil through initial public offerings in Shanghai and Hong Kong, a blockbuster listing that will rank as the world’s biggest share sale ever.

Ant will be valued at about US$280bil before the IPO, and will raise about US$34.5bil from Shanghai and Hong Kong before exercising its green shoe option, based on stock filings yesterday.

The company may raise another US$5.17bil if it exercises its Hong Kong and Shanghai green shoe options.

That would give Ant a valuation of about US$320bil, making it bigger than JPMorgan Chase & Co and four times larger than Goldman Sachs Group Inc.

In the preliminary price consultation of its Shanghai IPO, institutional investors subscribed for over 76 billion shares, or over 284 times of the initial offline offering tranche, according to Ant’s A share offering announcement.

The fintech giant that runs the Alipay platform is charging ahead with its landmark offering just days ahead of the US election.

Shares will likely start trading only after the US vote on Nov 3, an event that could spark market volatility if the vote is disputed or counting delayed.

Ant has picked China International Capital Corp and CSC Financial Co to lead its Shanghai leg of the IPO. CICC, Citigroup Inc, JPMorgan Chase & Co and Morgan Stanley are heading the Hong Kong offering. Existing Ant shareholders won’t be able to sell shares for six months, according to the filings.

The company will issue no more than 1.67 billion shares in China, equivalent to 5.5% of the total outstanding before the greenshoe, according to its prospectus on the Shanghai stock exchange.

It will issue the same amount for the Hong Kong offering, or about 3.3 billion shares in total. The Hong Kong listing day will be on Nov 5. Alibaba Group Holding Ltd., which was co-founded by Ma and currently owns about a third of Ant, has agreed to subscribe for 730 million of the Shanghai shares, which will be listed in Shanghai under the ticker “688688, ” according to the prospectus.

Alibaba will hold about 32% of Ant shares after the IPO. — Bloomberg