Building sandcastles amid a tsunami 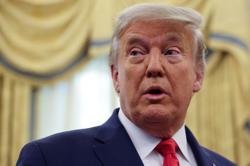 But with the emergence of Brexit, European populists and United States president Donald Trump (pic) by 2016, the game became uglier, as political and social views became polarised as wealth and social inequalities widened.

IMAGINE a beautiful beach where families are gathered on a clear day with blue skies. Different families are building sandcastles, whilst some are playing on the beach. No one is watching that a tsunami of different waves is approaching the shore.

This is the vivid story told by former UNFCC (United Nations Framework Convention on Climate Change) executive secretary Christiana Figueres. The first wave is the pandemic, followed by economic recession, then financial crisis, and finally the big wave of climate warming.

Why are people and politicians still building sandcastles and looking the other way?

The more intriguing question is: what sandcastles are still being built? One is called democracy. Another is called freedom.

In the next two weeks, we shall witness the outcome of the election of the century. Since the 2008 Financial Crisis, many have lamented that democracy has been on the retreat.

Electoral democracy is founded on the idea that each society chooses its own leaders through the one-citizen-one-vote format. Leadership abuse is checked and balanced through the Montesquieu trinity of executive, judiciary and legislature.

But with the emergence of Brexit, European populists and United States president Donald Trump by 2016, the game became uglier, as political and social views became polarised as wealth and social inequalities widened.

Even as land and stock market prices rose when interest rates went near zero, politicians sleepwalked through the seismic shift in social conditions as the bottom half of society became insecure from loss of jobs to technology, globalisation and rising levels of immigration.

Centrist moderates were seen by both extreme left and right as having sold out to the powerful, and politics became more rigged, fractious and contested.

Will building the democracy sandcastle better at this point of time stop the tsunami crashing down on all of us? Surely the issue is to run and fight another day?

When the tsunami comes, all sandcastles will be swept away and there may not even be a beach anymore. But some will survive and the re-building must begin.

This is where the freedom sandcastle plays a critical role. Individual freedom is an anchor of the Western value system, now spread through globalisation. But individual freedom comes with social obligations. The pandemic posed this dilemma in sharp focus.

Many Americans and British feel that wearing a mask impinges on their individual freedom, but not doing so and not following social distancing rules have cost both societies so far 226,204 and 44,718 Covid-19 deaths respectively and rising.

On the assumption that each life costs US$10mil, the cost to both societies so far is US$2.2 trillion and US$447bil respectively. Larry Summers has calculated that the total cost of this pandemic so far is US$16 trillion for the US economy, or nearly three-quarters of the 2019 GDP.

We cannot blame democracy or freedom of choice to such loss of life. East Asian economies from Japan, South Korea, Hong Kong and Singapore to Malaysia, Thailand and Vietnam (combined deaths of 2,552 as of Oct 21) have shown that different systems can produce better pandemic management results than, say, Sweden (5,929 deaths) with 39 times larger population.

We have not yet beaten Covid-19, as the virus is mutating as it spreads. Vaccines may be coming, but their usage will not be widespread till next year. Winter is coming and death rates will increase as the seasonal influenza attacks. More than ever, we should be prepared when the second and third waves of economic distress, unemployment, bankruptcies (all temporarily covered up by subsidies and debt forgiveness) surface by spring next year.

So, why are we still building sandcastles as the waves crash down?

All this boils down to human psychology and reaction to the unknown. Depending on experience and knowledge, as the 2004 Indian Ocean tsunami showed, some may still wander down to the beach to figure out what is going on. There were 227,898 deaths then, but not everyone ran for their own lives. Many were brave enough to save others. Others stayed to help many flee.

Clearly, those who deny the tsunami have an education problem, which simply boils down to a moral issue. Is your individual freedom so important that you deny that this could put your loved ones and many other people at risk? It is not just a health issue, but the damage to the economy will be even more devastating.

Central banks printing money cannot stem the losses, because they do not address structural issues exposed by the pandemic. Denial, blaming others, sheer incompetence and an unwillingness to work with each other at all levels of society in the face of disaster have been hallmarks of those economies most devastated by the pandemic.

All these show that whilst the science-based approach is validated by the health crisis, human beings do not decide by facts alone.

Our economic models based on dollars and cents cannot measure the agony of the masses when they lose their jobs, health and dignity. At the heart of human choice is ultimately a moral issue. Do you care only for yourself, or do you care more about other people and Mother Nature?

This is why the US election is ultimately a moral test, not a democratic or freedom issue. This election could be fair, rigged or legally contested.

Irrespective of who wins, and whether the election will result in a constitutional crisis requiring Supreme Court decisions, the test is how individuals involved: the voter, presidential candidate, Supreme Court judge or attorney-general decide on their personal sense of moral values. Their decisions in the coming days will have far-reaching consequences both for themselves and the rest of us.

We will soon know whether we have four more years of shambolic chaos or perhaps a period of healing after the pandemic. God bless America and pray for us all. 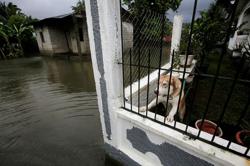 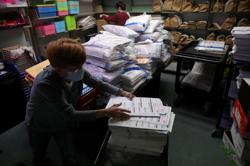