Asset quality: While the stability of asset quality is positive, Maybank will continue booking in pre-emptive provisions and build up its loan loss reserves.

It, however, maintains a “market perform” recommendation for the country’s largest bank by assets.

Following a meeting with Maybank’s management, the research house said asset quality at the lender has been stable while positive but pre-emptive provisions will continue to be booked in to build loan loss reserves.

“We understand that the pre-emptive provisions remain pre-emptive, ie the allowances have not ‘crystallised’ as the loans have not deteriorated at this juncture. In fact, we were made to understand that overall asset quality has largely been stable, ” it said in a report yesterday.

However, while the stability of asset quality is a positive, Maybank will continue booking in pre-emptive provisions and build up its loan loss reserves, it added. Maybank will maintain its 2020 forecast credit charge guidance of 75 to 100 basis points (bps) for now.

In line with this, Kenanga revised its FY20 forecast credit cost assumption to 93bps from eight bps and lowered its FY21 charge-off assumption to 67bps from 70bps.

Its two-year credit cost is now forecast at 160bps as compared to 150bps previously.

The research house also lowered its FY20 dividend payout assumption to 40% from 70%, to be in line with the range assumed for other banks. Given the lower payout, it assumes an all-cash dividend. 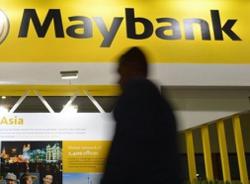