The land lease agreement (LLA) between the Federal Land Development Authority (Felda) and FGV has still not come under negotiation, FGV Holdings Bhd has clarified.

In a filing with Bursa Malaysia, it said that Felda has yet to contact FGV to negotiate on matters regarding the LLA. Under the terms of agreement, termination of the LLA is allowed.

“Should Felda issue a notice on this matter, FGV will follow the procedures outlined in the LLA. The assets involved in the LLA are estates and do not include FGV’s palm oil mills, ” it said.

It added that if Felda wished to buy FGV’s palm oil mills, it should be based on a “willing buyer, willing seller” basis and the current market value which needed the approval of shareholders through an EGM.

The palm oil player also said the company would like to offer an explanation with regard to the statement made by Felda which stated that before the initial public offering (IPO) in 2012, Felda had a profit of more than RM1bil and that after FGV was listed, Felda suffered losses every year and its total debt increased.

“When the LLA was signed in 2011, the price of crude palm oil was at around RM3,000 per tonne and the projected income of Felda (through the LLA) used the price of RM2,800 per tonne.

“CPO pricing plays the most important role in determining the company’s profit or loss. After the IPO in 2012, the payment to Felda from FGV did not meet Felda’s projections due to the decline in CPO price, ” it said.

“The FGV IPO is often said to be the cause of Felda’s failure and downfall. The real issue is the use of revenue from the IPO, and not the IPO itself. Felda has earned RM5.7bil from this IPO while FGV has earned RM4.5bil.

“FGV cannot comment on how Felda use the proceeds from the IPO. Unfortunately for FGV, part of the proceeds was not well invested. Up until end-2018, FGV has made substantial impairments amounting to RM780mil for those new investments, ” it said. — Bernama 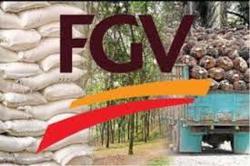