AS the loan repayment moratoriums end, businesses need opportunity and support to survive. A key source to tap into is private capital

AS loan repayment moratoriums come to an end, the business community needs opportunity and support to survive in a challenging post-pandemic environment.

A key source to tap into is private capital. Private equity brings not only fresh capital but critical business strategies to drive performance and accountability of acquired businesses. New tools to negotiate with potential white knights are needed for a fair restructuring of debts.

Currently, one of the key challenges in a scheme of arrangement is that 75% approval is required from each class of creditors, otherwise the entire scheme fails. This provides significant advantage for any single class of creditors to prevent a scheme from being adopted.

The proposed cross-class cramdown (restructuring of debts) mechanism under the Proposed Companies (Amendment) Bill 2020 issued by the Companies Commission of Malaysia serves to balance competing interests in a corporate restructuring.

Under this mechanism, the court can approve the scheme and allow certain classes of creditors to cramdown the dissenting class who may otherwise jeopardise the arrangement by taking legal action against the company.

Application to court can only be made if a meeting has been held and there is a dissenting class of creditors. The cramdown does not operate against shareholders although in the larger context of scheme of arrangement, the shareholders’ equity interest could be affected.

The policy objectives of the cross-class cramdown for scheme of arrangements are to:

> Ensure that a company in distress has a successful scheme with least interference.

> Provide protection to creditors where they will receive no less than the value had the scheme of arrangement not been approved.

> Create a mechanism to compel one or more non-consenting classes of creditors to be bound by a scheme as long as one class achieves 75%, and 75% of all creditors support the scheme; and

What is “fair and equitable”? Here, the consultation paper proposes that:

> no creditor in the dissenting class receives less under the scheme than it is estimated by the court to receive in the most likely scenario if the scheme is not passed;

> if the creditors in the dissenting class are secured, they must receive deferred cash payments totalling the amount secured (and security preserved until such time), be given a charge over the proceeds of their secured asset or be entitled to realise the “indubitable equivalent” of the security; and

> if the creditors in the dissenting class are unsecured, they must either be paid out in full, or the scheme must not provide for any creditor or shareholder subordinate to the dissenting creditor to receive or retain any property (the term “unsecured”, is intended to include secured creditors to the extent of any shortfall claim that cannot be satisfied from the secured collateral).

What is “indubitable equivalent”? Under Chapter 11 proceedings in the United States, this refers to a “catch all” protection under the law that requires debtors to provide creditors with something of value that is equivalent to the amount of diminution in value of the creditor’s collateral.

Case law has further refined this to mean transfer of collateral to the creditor, though not necessarily in full satisfaction of the claim. The collateral must be able to generate cash flow or be capable of being sold within reasonable time for the creditor to realise their cash. There is currently no clarity on what amounts to a scheme that does not “discriminate unfairly”.

Comparison with the UK, US and Singapore legislations

How does this stack up against the United States Chapter 11, the United Kingdom’s new Corporate Insolvency and Governance Act, and Singapore’s enhanced scheme of arrangement?

> The Malaysian proposal is consistent with US and Singapore in that secured creditors enjoy some protection, except for the UK.

> Malaysia appears to have taken a more conservative approach to require layering of approvals before the court can order a cross-class cramdown. In US, Singapore and the UK, as long as one class of creditors achieve their respective level of special majority (2/3 in the US, 75% in the UK and Singapore), the court can order the cramdown.

> In the US, unfair discrimination is described as creditors (and interest holders) with similar legal rights receiving materially different treatment. The UK and Singapore currently does not provide such clarification.

This new mechanism in the current proposal will likely provide more room for a distressed company to negotiate with white knights. A sweet spot for a rescue funder is where it is determined that the overall assets of a distressed company remains higher than the indubitable equivalent of security that is required to be paid to a secured creditor. Otherwise, it may be challenging for a rescue funder to consider funding the distressed company since there is a risk that despite the cross-class cramdown, they will not be able to retrieve any of their investments.

Therefore, pending finalisation of the regulatory policy position, there is likely to be a debate as to whether having a layered approval process is the right policy step to take, if the intention is to create a robust environment to attract international rescue funding.

It is also hoped that the concepts of “indubitable equivalent” and “discriminate unfairly” can be defined to avoid uncertainty when the mechanism is implemented.

The concept of deferred payment for secured creditors may also raise potential difficulties in determining what would be an appropriate rate of interest which, if not managed carefully, could be contentious. Hopefully, some further guidance can be provided.

Unlike other corporate rescue mechanisms, the present scheme of arrangement regime does not provide for any automatic restraint or moratorium against legal proceedings being commenced or continued with against the company. While it is possible to make an application to court for such a restraining order, the statutory conditions imposed under the current Companies Act 2016 are difficult to satisfy.

This has often been a limiting factor when considering the use of a scheme of arrangement to help rehabilitate a financially distressed company.

To address this shortcoming, an amendment has been proposed to empower the court to grant in a summary fashion an automatic moratorium of two months to assist the company to obtain the agreements for the proposed scheme from the creditors. This moratorium may be extended for a further period not longer than 10 months provided the existing statutory conditions are satisfied.

Effectively, this means that while the initial two-month moratorium would be relatively easy to obtain, any extension of that period would require satisfying the existing high threshold.

In addition, the proposed bill introduces provisions that would empower the court to restrain proceedings against a company related to the one undertaking the scheme. This new provision seeks to address circumstances where the compromise or arrangement is being assisted or pushed by the related company.

To prevent abuse, certain criteria have been proposed, namely:

> the related company must play a necessary and integral role to the compromise or arrangement;

> the compromise or arrangement will be frustrated if the restraining order is not granted; and

> the court must be satisfied that the creditors of the related company are not prejudiced.

In many commercial contracts, it is quite common to find a provision that enables termination in the event a company faces an insolvency-related event. These clauses are referred to as “ipso facto” (by that very fact or act) clauses. The proposed bill seeks to provide that such clauses in contracts for the supply of essential goods or services will cease to have effect:

> upon an application in relation to any compromise or arrangement;

> during a moratorium in a voluntary arrangement; or

> upon the making of a JM order.

The amendment does not spell the complete demise of the ipso facto clause in these contracts. They will continue to be effective to the extent that termination is contractually possible in circumstances other than those stipulated above or where there is consent to such termination.

In addition, the proposed bill also prescribes situations where termination may also be possible and these include:

(a) where charges under the contract have been due for at least 30 days at the time the company was placed under compromise or arrangement or under a moratorium under a CVA or placed under a JM order; or

(b) where the supplier has served a notice of termination unless the director(s), supervisor in a CVA or judicial manager guarantees payment and such guarantee is not provided within 14 days from the day such notice is received.

Super-priority financing, cross-class cramdown and other reforms under the proposed bill are a step in the right direction towards a more comprehensive and viable corporate rescue regime to aid the rehabilitation of financially distressed companies.

There have been concerns on the potential abuse of the automatic moratorium for schemes of arrangement. However, one would trust that judicial vigilance will reduce the risk of such abuse.

With regard to ipso facto clauses, it remains to be seen just how wide the prescription of essential goods and services will be and just how effective these amendments will prove to be in practice.

This is the final of a two-part series on the proposed policy reforms. Alvin Julian, Ang Siak Keng and Tan Wooi Hong are partners in Zaid Ibrahim & Co (a member of ZICO Law) who advise on mergers and acquisitions and corporate restructuring. Judson Lim is a senior associate of the firm doing special research. The views expressed here are the writers’ own. This article is for general information only and is not a substitute for legal advice. 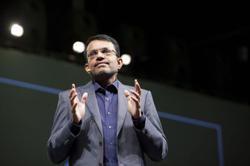