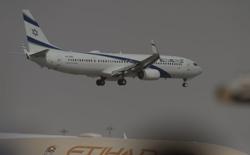 DUBAI: More than a decade ago, Gulf Arab nations struggled to preserve their currency pegs as the US dollar went into retreat. This time, the link to a sliding greenback may give reassurance.

Back in 2007 and 2008, the weak dollar sent the cost of imports spiralling and allowed inflation to take hold. Now, the sluggish domestic demand has put a lid on price growth, while the dollar declines could give a boost to non-oil industries like tourism once the pandemic eases. Also out of the picture are the inflationary hot-money flows to the region when Brent crude was near US$150 12 years ago.

“The decline in the dollar will be positive for the Gulf Cooperation Council (GCC) once the impact from the Covid-19 pandemic softens, ” said Monica Malik, chief economist at Abu Dhabi Commercial Bank in the United Arab Emirates. “The dollar pegs still remain an important anchor to the economy and for capital inflows.”

The six GCC members have been running managed foreign-exchange regimes since the early 1970s. The system has survived successive years of low oil prices in the 1990s, a period of dollar weakness before the financial crisis in 2008 and another crude crash in 2014. Only Kuwait decided in May 2007 to link the dinar to a basket of currencies as inflation accelerated.

Earlier this year, devaluation bets mounted in forwards markets as the price of oil dropped to near 18-year lows, battering the regions’ economies and raising questions about their foreign-currency reserves. Traders have since pared those wagers as Gulf states cut spending and subsidies, and turned to debt markets to fund their budget deficits.

With oil and gas priced in dollars, the pegs have helped shield the countries from the volatility of energy markets and allowed central banks to accumulate foreign-currency reserves in the good times.

“The more important consideration for GCC countries’ exchange rate pegs is not short-term fluctuations in the value of the US dollar but rather access to adequate foreign-currency assets over the medium term, ” said Robert Mogielnicki, a resident scholar at the Arab Gulf States Institute in Washington. — Bloomberg