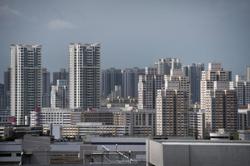 Higher volumes: HDB rental volumes surged 49.7% month-on-month to an estimated 1,611 units in September, from 1,076 units the month before. — Bloomberg

Rents and leasings for both HDB and condominiums rose in September, according to flash data from real estate portal SRX Property released yesterday.

Rental volumes for condominiums also jumped, by 49.1% month-on-month. An estimated 4,252 units were rented in September, compared with 2,852 units in August.

Nicholas Mak, ERA Realty’s head of research and consultancy, said Malaysian workers returning to work in Singapore after the border reopened in August, is one of the main sources of leasing demand.

The increase in demand can be seen in residential areas near industrial estates such as Jurong, Woodlands, Admiralty, Eunos and Ubi, he said.

“Leasing demand was so strong that HDB flats that were put up for lease in locations near industrial estates could be snapped up within a month after the advertisement appeared, ” Mak said.

He also noted how the travel restrictions have also prevented more foreign students from coming to Singapore and foreigners who were retrenched amid the weakened economy.

As a result, the increase in leasing demand from Malaysian workers will be balanced by the drop in demand in other sectors of the rental market. “The overall effects could be neutral, ” said Mak.

Year-on-year, rental volumes for HDB flats are still down by 20.7%, and 10.6% lower than the five-year average volume for the month.

As for condos and private apartments, leasings are 8% lower than September 2019, but 3.2% higher than the five-year average volume for the month. — The Straits Times/ANN 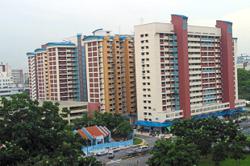 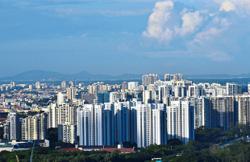