Future drive: An employee works at a Hyundai Motor branch in Seoul. In its Singapore hub, which is expected to be completed by the end of 2022, Hyundai will work on developing AI, big data and other technologies to enhance its manufacturing processes to produce the smarter and more environmentally friendly cars of tomorrow. — AFP

SINGAPORE: Hyundai Motor Group will invest S$400mil (US$294mil) in a new innovation centre in Singapore that Prime Minister Lee Hsien Loong said may produce up to 30,000 vehicles a year by 2025.

“Automotive activities are becoming viable in Singapore once again, ” Lee said in a speech yesterday to mark the virtual groundbreaking ceremony for the centre in the city-state’s west.

The seven-storey building, which is expected to be completed by the end of 2022, is where Hyundai will work on developing artificial intelligence (AI), big data and other technologies to enhance its manufacturing processes, fine tuning the “brains” behind the smarter and more environmentally friendly cars of tomorrow.

The centre will also have a 620m driving track near its roof so customers can test-drive vehicles.

Hyundai will “instill human-centred values” in all stages of a car’s life, from ordering and production to the test drive and service, executive vice chairman of the South Korean conglomerate Euisun Chung said at the event.

The company is separately developing flying cars, planning a full lineup of aerial vehicles that it envisages zigzagging city skies within a decade.

One of the company’s EVs, the Kona, has been recalled in South Korea following multiple reports of battery fires.

“We hope this will open up new growth areas for our economy, and create exciting jobs for Singaporeans, for example industrial Internet of Things engineers, data scientists, cobot technicians and digital supply chain strategists, ” Lee said.

Lee also said the centre marked “an important milestone in the economic relationship between Singapore and South Korea, ” paving the way for more Korean firms to invest in the city-state and partner with local suppliers.

In October last year, vacuum cleaner maker Dyson Ltd abandoned a US$2.5bil plan to build electric cars in the city-state because it couldn’t find a way of making the project commercially viable.

Tesla Inc, the world’s biggest maker of EVs, has plans to export China-built Model 3 cars to Singapore and other places in Asia and Europe from its factory in Shanghai, people familiar with the matter said last month. — Bloomberg 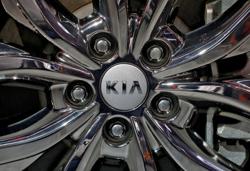