It’s Spain, not Italy, that European investors are worried about

MADRID: Spain’s growing list of the risks is starting to make investors nervous.

The nation’s debt is lagging a regional rally that has driven the rate on Italian bonds – long regarded as the pariah of Europe and among the highest yielding – close to a record low. That’s narrowed the gap between Spanish and Italian yields to the smallest in more than two years.

Citigroup Inc had recommended selling Spanish bonds versus their Portuguese peers, citing growing fiscal worries, renewed separatist tensions in the region of Catalonia, and the prospect of a credit downgrade after S&P Global Ratings cut the nation’s outlook to negative.Meanwhile, the country’s benchmark stock gauge is by far the worst performer among the continent’s major indexes this year.

At the heart of the malaise lies one the fiercest resurgences of the coronavirus pandemic in Europe, raising fears that the nation’s economic slump will be deeper than the rest of the region. Spain’s sclerotic economy and what chief central banker Hernandez de Cos has called a “dysfunctional” labour market, are only compounding those concerns.

The European Central Bank (ECB) is providing support through its bond-buying programme, softening the blow from the darkening outlook. But its pace of purchases in recent months has slowed, leaving the debt market vulnerable to a sell-off, according to Jan von Gerich, chief strategist at Nordea Bank Abp.

“They certainly have more than their fair share of challenges at the moment,” von Gerich said.

“The biggest risk in the short-term is a bout of risk aversion that could add upward pressure on spreads, and the ECB being slow to react in its purchases.”

The upshot to all this tumult is that Spanish stocks are beginning to look cheap.

The IBEX 35 Index has dropped almost 30% in 2020 and has seen earnings per share estimates halve this year. That’s double the drop in forecasts for the broader Stoxx Europe 600 Index, according to Bloomberg consensus estimates. Banks in particular have been a drag on the market, due to margin pressure from low interest rates and the ECB’s ban on dividend payments.

“Italy and Spain feature among the cheapest markets globally,” JPMorgan Chase & Co strategist Mislav Matejka said in a note dated Oct 5. Though their performance depends on how well peripheral spreads and banks fare, he added.The headwinds have also cranked up political tensions in the country, with a deadlock in Catalonia potentially hindering negotiations for the 2021 budget. Officials in Germany are viewing the overall situation in Spain with growing concern.

Spain’s 10-year bond yields are close to record lows at around 0.25% thanks to unprecedented stimulus measures from the ECB. While borrowing rates probably won’t rise much given that support, there are still opportunities for investors to position for yield increases relative to peripheral peers such as Italy and Portugal.

The premium investors demand to hold Italian bonds instead of Spain’s is at 54 basis points, the lowest level since May 2018, and around a quarter of what it was at its peak last year. — Bloomberg 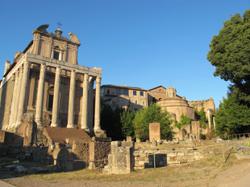