Changi drops from 7th to 58th on busiest airport list 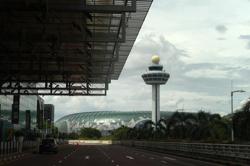 Plummeting numbers: Changi Airport in busier times. Shops and restaurants in the airport are also seeing fewer customers, and many of them have closed as the pandemic ravages air travel. — ST

SINGAPORE: Covid-19 has decimated Changi Airport’s business. Compared to pre-pandemic times, the airport is now serving just 1.5% of its usual passenger volume and 17% of the total number of flights.

It has also plummeted to be the 58th busiest airport for passenger traffic, down from the seventh, and now has direct flights to just 49 cities in the world.

Ong said that without moves made to stave off the worst of this crisis, the effects of the coronavirus would have been much worse. He warned that the coast is far from clear.

SIA has raised about S$11bil in liquidity since the start of the 2020/21 financial year in April, through avenues like a rights issue backed by Temasek, long-term loans secured on some of its planes, as well as committed lines of credit and a short-term unsecured loan from financial institutions.

Noting that SIA had recorded its largest quarterly loss on record in the first quarter of fiscal year 2020, Ong said that it was trying its best to reduce cash burn, preserve its core capabilities and explore all ways to generate revenue.

He also pointed out that SIA had to make the tough decision of cutting jobs, but added that through a recently concluded agreement with its pilot union for pilots to take deeper salary cuts, the group managed to reduce the number of retrenchments from 2,400 to 2,000.

“Without the recent major capitalisation exercise, there would not be an SIA today, but it is far from being out of the woods, ” said Ong in a ministerial statement on aviation recovery.

One of the suggestions that SIA had to generate revenue and get pilots to fly was to have flights to nowhere, where passengers could pay to go on scenic voyages that would take off and land in the same airport.

Noting that some MPs had asked if the government would support this, Ong said that this had become a moot point, as SIA had announced it would be scrapping this idea late last month.

But he added that the Transport Ministry would always try its best to support SIA in times of crisis, taking issue with a suggestion to impose an environment tax on the carrier should the flight have taken off.

“What I will not contemplate is to impose on them an environment tax at this time because that will just worsen the crisis for SIA, ” said Ong.

Meanwhile, CAG too has lost revenue streams, he said.

Shops and restaurants in the airport are also seeing fewer customers, and many of them have closed.

This has caused CAG to dip into its reserves to preserve cash to stay alive.

Terminal 5, which is a large-scale project being undertaken by the group, will be paused for two years so that efforts can be focused on the pace of air travel recovery, said Ong.

He added that no effort will be spared to support SIA, CAG and other companies in the aviation sector, and pointed out that the sector benefits from the highest tier of support from the government’s Job Support Scheme.

Other avenues of help for firms in the industry include cost relief through the Enhanced Aviation Support Package, and temporary redeployment programmes for workers affected.

“The government will continue to support SIA, CAG and other companies in the aviation sector as much as we can, ” he said. — ST/ANN 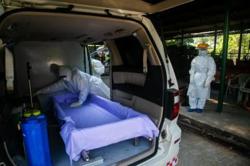