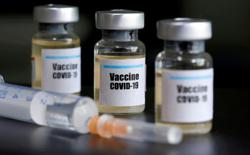 “Don’t make investment decisions when you are desperate or need money fast. It is the wrong time to do this. Because you are emotionally not stable and can’t think rationally. And this is where mistakes are made and a person loses more money this way, ” MyFP’s founder Robert Foo (pic) said.

BEING able to manipulate a victim’s emotions and psychology appears to be the common factor among investment scams or Ponzi schemes.

They are usually able to capitalise on the fear of losing out or a person’s insecurity especially during times when the economy’s outlook is uncertain.

“We are all emotional beings and especially during the current market downturn, a lot of people act emotionally and this is very dangerous.

“Most of the times they would like to sell (their assets) as they needed the money, ” fee-only certified financial planner and co-founder at MyFP Services Sdn Bhd Eng Meei Yu told StarBiz.

“Or for some others, is that they have become jobless but they have some cash and would like to get some money from that cash. So when someone comes along promising them 20% or 30% returns, they would go along with them, ” she added

Eng said some have also gone to the extent of getting into debts unnecessarily, sinking deeper into bigger liabilities to fund these scams.

“Don’t make investment decisions when you are desperate or need money fast. It is the wrong time to do this. Because you are emotionally not stable and can’t think rationally. And this is where mistakes are made and a person loses more money this way, ” MyFP’s founder Robert Foo said.

It also appears anecdotally that a high proportion of people that’s targeted are the senior citizens or retirees as they would have a sizable amount of money saved up for their latter years.

Deputy Home Minister Datuk Seri Ismail Mohamed Said was reported as saying earlier last week that scams have been on the rise more so during the recent movement control order (MCO) period where fraudsters have capitalised on unsuspecting people.

Eng said that such schemes can manipulate a person’s psychology so much so the person is unable to think straight.

“This are usually one of the characteristics of an investment scam. The victims usually ignore the fact that it is an illogical business model, ” Eng said.

“They are so inundated with information to the extent that they can’t think straight, ” Foo said.

Eng said that the perpetrators had usually prepared in advanced and play the psychological game with their victims.

“These schemes can catch a lot of people off guard because they play the psychological game very well. One of the schemes we checked out people only had to invest a minimum of US$25 to a maximum of US$1,000, ” she said.

“So to a lot of people, RM100 is a very small amount. Similar to the psychology of buying lottery, so everyone is willing to try out their luck, ” Eng added.

Eng advised people to also keep checking the Bank Negara website if a particular investment scheme had been blacklisted.Foo notes that there are instances where promoters of dishonest schemes are closely related to the victim.

“Its either their friends, relatives, or sales people who are close to you. So the victims would tend to believe whatever they say. When a person makes ridiculous claims and it doesn’t make sense, then run away from it, ” Foo said.

Apart from these, there are those that keep scaring people that the investment price will keep increasing down the road.

“They will say: better buy now, before the price increases in six months! This is a sales tactic, is it true that the price will increase every six months? Surely no, ” Foo said.