KUALA LUMPUR: Bursa Malaysia came under selling pressure on Thursday as the key FBM KLCI closed below the crucial 1,500-level on blue-chip selling.

KLCI-component stocks were overwhelmingly in the positive, with 21 decliners, five gainers and four counters closed unchanged.

FGV closed 8.7%, or 10 sen lower to RM1.05 following the detention order on its palm oil issued by the US Customs and Border Protection (CBP).

The CBP said effective Sept 30, 2020, all US ports would detain palm oil and palm oil products made by FGV, its unit and its joint ventures.

Major markets across the region — including China, Hong Kong, South Korea and Taiwan — were closed on Thursday for holidays.

The Tokyo Stock Exchange (TSE) suspended share trading for the full day as a glitch in its electronic trading system caused the worst outage ever suffered by the world's third-largest stock market.

The TSE said trading would be halted all day and said it was not sure when it could recover its systems. 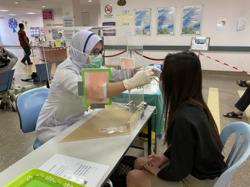 Asia Poly returns to the black in 3Q