KUALA LUMPUR: It could be an exciting year ahead for Gamuda Bhd

Gamuda has been shortlisted to tender for two major Australian projects, namely the M6 highway and the Sydney Metro West.

In a briefing on Friday, the group also alluded that it is trying to get shortlisted for a third major project in Australia.

"Timeline wise, Gamuda has guided that they expect the M6 tender to be awarded in 2QCY21 while the Sydney Metro West’s first package would be award by the end of next year.

"We note that there has been a slightly delay in guidance as they had previously guided the M6 highway to be awarded by this year end," said Kenanga.

It added that it expects Gamuda to win be one of two joint ventures to win a part of the Sydney Metro West Project, given the bad blood of one of the bidders with the state of New South Wales.

"We think this is almost a sure win for Gamuda and their JV partner Laing O’Rourke," it said.

Using the last NSW tunneling package awarded to John Holland CPB Ghella in 2017 as a gauge, Kenanga believes the Sydney Metro West tunneling package measuring 11km is worth about U$2.06bil, while the western package of 9km is about A$1.6bil.

Releasing the results of its 2020 financial year last week, Gamuda revealed full-year earnings of RM520mil, which slightly beat Kenanga's estimate at 106% and met consensus projection at 100%.

The research house maintained its FY21 earnings forecasts on Gamuda and introduced an FY22 earnings projection of RM589mil.

It said the 13% year-on-year decline in its FY22 estimate is mainly due to the loss of contribution from the MRT2 project as it completes in FY21, coupled with the ramp up of new projects being gradual.

The research house has a cumulative replenishment assumption of RM5bil for FY21 and FY22 for an average of RM2.5bil per annum.

It kept its outperform recommendation on the counter with a target price of RM4.10.

Meanwhile, Kenanga noted that Gamuda is confident over the 2.5 billion Penanga South Reclamation to go ahead despite the state's funding deficit.

In the event that the state cannot come up with its RM1.2bil portion of the funds, it said SRS Consortium will likely have to bear the funding gap.

"Should this happen, we believe Gamuda should still be able to cough out the funding quantum but dividends are unlikely to be maintained at 12 sen/annum," it said.

On approvals, it said Gamuda had briefed analysts it is confident there are no issues complying with the prerequisite criteria (70+ of them) to obtain the official greenlight from the Ministry of Environment.

It added that Gamuda briefed that it was in close contact with the government with regards to the negotiation of the KVMRT3 and the general flow of things have been positive.

"Management believes a final decision should be made soon and are optimistic over the outcome," it said. 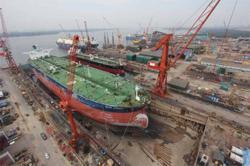 Bursa revenue could slow as trading activity peaked in 3Q