KUALA LUMPUR: Exxon Mobil Corp has narrowed the list of bidders for its oil-producing offshore assets in Malaysia that could potentially raise US$2bil (RM8.34bil) to US$3bil (RM12.5bil) in a sale, according to sources.

are among those that have been chosen to submit binding bids for the assets, the sources said. Other companies have also expressed interest, they said.

Exxon Mobil started the process to sell its Malaysian assets last year as part of its global divestiture programme, Bloomberg News has reported. It produces oil and gas in the country under four production sharing contracts with state-owned Petroliam Nasional Bhd, according to its website.

The US oil major’s assets in Malaysia include a 30% stake in the offshore Tapis Blend operations, which produce a low-sulfur crude that was once a benchmark for Asian oil refiners.

The production sharing contracts cover 2.4 million acres offshore and have exploration and production terms ranging up to 38 years, Exxon said in a filing in 2019. — Bloomberg 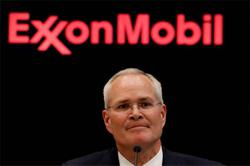 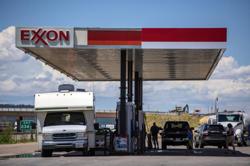