The week that was - Shahril to retire

Shahril is leaving the company started by his family in the mid 90s at an interesting juncture.

Shahril to retire in March

is retiring in March next year and will be replaced by Datuk Mohd Annuar Taib, the oil and gas company said on Monday.

The move caught some analysts by surprise as they saw no hint of the impending changes during a briefing on the group’s latest quarterly results last week.

Shahril is leaving the company started by his family in the mid 90s at an interesting juncture.

A massive cash call last year had helped elevate Sapura Energy’s financial situation, but with some RM10bil worth of debts to be refinanced by end of the year, the company is not out of the woods yet.

The industry is also still struggling, as the Covid-19 pandemic sapped fuel demand while production remained high. That means fewer jobs for the contractors with most producers cutting back on drilling programmes.

Annuar, the former Petronas executive vice president, will really have his work cut out for him to bring Sapura Energy back to its glory days.

The government unveiled a RM10bil stimulus package on Wednesday, comprising of an extension of wage subsidies, assistance for small and medium sized enterprises (SMEs) and cash handouts to households.

This raised the cumulative stimulus tally to RM305bil or 21.5% of gross domestic product (GDP).

The massive fiscal stimulus is aimed to sustain the economic recovery from Covid-19.

While the government has not released the fiscal impact of Kita Prihatin, CIMB Research estimated that the additional RM10bil outlay will increase the government’s last projected budget deficit of 5.8-6.0% of GDP by 0.7% of GDP.

It was not clear whether the expenditure falls under Budget 2021 or if funds are reallocated from other budgeted expenses, which would lessen the deficit. As of July, the budget shortfall was RM66bil or 8% of pro-rated GDP.

While Kita Prihatin will stretch fiscal metrics further, headroom was created after the Parliament approved the raising of the government debt ceiling to 60% of GDP in August.

The prices of goods and services fell for a sixth month in a row, with the consumer price index (CPI) down 1.4% in August from a year ago.

Core inflation, which excludes fresh food and price-administered items, was unchanged at 1.1% in August.

The impact of higher oil prices in the international market had been blunted by the stronger ringgit.

Meanwhile, the producer price index (PPI) declined 3.5% in July from a year ago, suggesting that inflationary pressure from producers on consumer prices is expected to remain subdued throughout 2020.

Malaysia Airlines Bhd has postponed its sukuk payments, due on Sept 30, as the cash-strapped national carrier was hit hard by the slump in global air travels.

Payments on the RM1.5bil sukuk issued in 2016 will resume at the next periodic distribution date on March 31 next year, the facility agent CIMB Investment Bank said on Tuesday.

Malaysia Airlines, which had struggled financially even before the outbreak, said in April that it had made cost cuts and was working with sole shareholder Khazanah Nasional Bhd for support to ride out the crisis.

In June, Malaysia Airlines said it is realigning its long-term business plan, first revealed in July 2019, to the cope with the new aviation industry challenges. 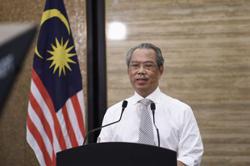