PETALING JAYA: With the moratorium on bank loans ending at the end of this month, some selling pressure is expected on the horizon for the local stock market.

Market volume has also fallen of late from its record highs that was set last month.

The drop in volume and some selling pressure may be attributed to retailers, who had been heavily involved in the stock market shortly after the loan moratorium was announced in March when the Covid-19 pandemic struck.

It is to be noted that retail involvement in the stock market could also be attributed to other factors such as low interest rates, which have been slashed to an all-time low of 1.75%.

“There has been talk of the loan moratorium having some kind of impact on the market but I don’t see it as evident presently.

“I don’t think the impact will be as bad as initially thought and it won’t be that drastic, ” Rakuten Trade Research’s vice-president Vincent Lau told StarBiz.

“The recent falls in the stock market are attributed to some profit-taking due to the drops in the US market. Volume on Bursa Malaysia had fallen of late. I think it is still holding up but we won’t see record volumes anytime soon I suppose, ” Lau added.

Trading volume on Bursa Malaysia has dropped substantially from its historical high of 26.65 billion shares seen back on Aug 7.

Turnover on Bursa Malaysia had steadily fallen since the record that was set back in August and the daily trading volume has been in the single billion digit range recently.

“I think our market can hold up as it already has seen some consolidation and I suspect some have had their fingers burnt.

“Volume has tapered off quite a bit but the fixed deposit rate is quite low and this might spur sustained interest into equities, ” Lau said.

He added that if interest rates continue to fall, then more money flows are expected into the stock market by local retailers.

In its most recent fund flow report dated Sept 11, MIDF Research said that the week had witnessed the tenth consecutive week of local retailers being net buyers on Bursa Malaysia.

Inflows by this group totalled RM5.03bil in the ten-week period.

In the same period, local institutions were net sellers at RM707.40mil and foreign investors were also net sellers with RM4.02bil worth of shares being sold since early July, it said. 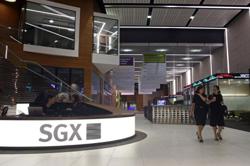 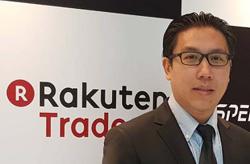