I believe the next decade will be critical. Business and investors can and must do more to build a resilient, healthy, fair and zero-carbon economy that’s sustainable.

DURING the ravages of WWII, intellectuals were pessimistic about the future. Among them was George Orwell (of Animal Farm fame) who begun to write 1984 – he saw the future as “a boot stamping on a human face – forever.”

Events didn’t turn out so bad. Social-democratic capitalism, which dominated the mid-20th century, had evolved into a Liberal form of “Meritocratic Capitalism” (LMC) in the United States in particular.

As a political system, LMC was more egalitarian than classical capitalism; but it inherited a tolerance for inequality as societies got richer. This is in contrast to illiberal political capitalism as it emerged in China and Vietnam.

In the midst of WWII, some optimists were hard at work to prevent the world from becoming more centralised – fighting back against totalitarianism. None more so than the “Viennese Trio” exiles who advocated competition and diffusion of power, mainly through their classics: Joseph Schumpeter’s Capitalism, Socialism and Democracy published in the United States (1942); Friedrich Hayek wrote The Road to Serfdom in UK (1944); and Karl Popper, The Open Society and its Enemies (1945) in New Zealand. All three grew up in “brainy” Vienna – devastated by two world wars, collapse of the Habsburg empire, political extremism, overcome by Nazism, and eventually Allied occupation.

For the “Trio, ” war destroyed the world in which they grew up. Between 1890 and 1930s, Vienna was where Sigmund Freud pioneered psychoanalysis; where the Austrian school of economics grappled with prices and markets, led by Ludwig van Mises (who mentored Hayek); and where philosopher Ludwig Wittgenstein held court.

All three exiles were worried that complacency would entrench totalitarianism a là Soviet-style throughout entire Europe. Together, they turned the face of social capitalism (“New Deal” consensus) into the sustainable, liberal meritocratic force for good.

All three shared common experiences: each was (i) tempted, and then repelled, by socialism; and (ii) troubled by European complacency that Soviet-style totalitarianism would overwhelm the contingent. Each had worked alone; yet division of labour emerged. Popper (the philosopher) was the freethinker and worked to discredit the intellectual foundations of communism. Hayek (the economist) demonstrated the political and economic power of diffused, free markets. And Schumpeter (the innovator) provided a new metaphor for technological innovation in the marketplace: creative destruction.

Popper promoted the scientific method in 1934 to gauge the competition of ideas (based on facts, not who presented them) – a clean break with “the habit of deference to great men.” Hayek was obsessed with the price determination mechanism – without which socialism has no way to allocate resources and reconcile individual preferences to satisfy people’s varied wants. Hence, the need for a competitive economy. Schumpeter’s interest moved beyond the business cycle to the longer cycle of innovation. Entrepreneurs, motivated by the prospect of monopoly profits, invent and commercialise products that trounce their antecedents.

They are then trounced in turn. That’s how technological advances are made. For him, capitalism, while unequal, is dynamic. Taken together in the 1940s, Hayek, Popper and Schumpeter demolished collectivism, totalitarianism and historicism, and restated the virtues of liberal democracy and the sanctity of markets.

Over time, the three men’s paths diverged. Popper, who moved to Britain in 1940, returned to focus on science and knowledge. Schumpeter spent much time at Harvard and died in 1950.

Hayek moved to Michigan, leading the Chicago School of free-market economists. But their combined stature grew. By the 1970s, Keynesianism and nationalisation had failed, leading a new generation of economists and politicians to emphasise the magic of markets.

The collapse of the Soviet Union in the 1990s vindicated Popper’s searing attack on collectivism. And Silicon Valley’s continual reinventions vindicated Schumpeter’s faith in entrepreneurs’ creativity.

The three Austrians are also vulnerable to criticisms, including (a) concentration of their intellectual firepower on left-wing ideologies that’s lopsided; and (b) they didn’t place enough emphasis on taming the savagery of the market, particularly Schumpeter who was profoundly ambivalent about the social impact of creative destruction. Today, as I see it, the Trio continues to remain relevant. Together, they shine a light on the tension between liberty and economic progress, now exacerbated by technology.

Schumpeter conceived of monopolies as temporary, to be blown away by new competitors. Popper and Hayek may well be fighting for a decentralisation of the internet, so that individuals owned their own data and identities. Unless power is dispersed, they would have pointed out, the dangers will always be there.

Capitalism has since moved on. Still, Aristotle’s analysis, as I see it, continues to hold true: “It is clear then that those states in which the middle element is large, and stronger if possible than the other two (wealthy and poor) together, or at any rate stronger than either of them alone, have every chance of having a well-run constitution.” The stability of what we now call “constitutional democracy” depended on the size of its middle class.

Yet, it is no accident that the United States and the UK are the most unequal of the western high-income nations. This reflects an unstable rentier capitalism, weakened competition, low productivity growth, high inequality and, not coincidentally, an increasingly degraded democracy.

To reform, five policy areas need to be addressed: (i) competition – Thomas Philippon’s book, The Great Reversal: How America Gave Up on Free Markets demonstrates how far competition has weakened US markets: concentration is high, leaders are entrenched, and profit rates, excessive; (ii) finance – one of Prof Philippon’s most striking conclusions is that unit cost of financial intermediation has not fallen in the United States over 140 years, despite technological advances.

There is simply too much credit and debt; (iii) the corporation – its narrow focus on maximising shareholder value has exacerbated the bad side-effects. The British Academy’s Principles for Purposeful Business report argues: “the purpose of business is to solve the problems of people and planet profitably, and not profit from causing problems.”; (iv) inequality – as Aristotle warned, beyond a certain point, inequality is corrosive. It makes politics far more fractious, undermines social mobility; weakens total demand and slows economic growth; and the most important concerns are over (v) the role of money in politics and the way the media works.

In a plutocracy, like it or not, money buys politicians. Overall, without serious political reform, nothing will really happen. The status quo is just not an option.

Branko Milanovic wrote in his new book: Capitalism Alone: “it is utterly wrong to believe that the social and political changes wrought by the pandemic can be ignored.” As I see it, Covid-19 provides an opportunity to build a resilient, healthy, fair and zero-carbon economy. Today’s capitalism calls for a long-term sustainable, multi-stakeholder approach to business.

This simply means corporate leaders should place environmental, social and governance (ESG) factors at the heart of decision-making.

Research shows conclusively that businesses properly integrating ESG factors into their plans are typically more successful and profitable. As economies reopen, policymakers have to deliver a sustainable form of capitalism.

Investments have to factor in long-term climate and societal implications that involve a shift to a zero-carbon, inclusive business model. The shocking recent wildfires that struck Australia, California and Amazon offer valuable lessons.

What then are we do

Climate scientists have warned with ever greater urgency about the consequences of the climate crisis. A huge effort is needed to halve global emissions this decade. CEOs must now set emissions reduction targets.

I believe the next decade will be critical. Business and investors can and must do more to build a resilient, healthy, fair and zero-carbon economy that’s sustainable.

Former banker, Harvard educated economist and British chartered scientist, Prof Lin of Sunway University is the author of Trying Troubled Times Amid Trauma &Tumult, 2017–2019 (Pearson, 2019). Feedback is most welcome. The views expressed here are the writer’s own.

Environment , degraded capitalism , Lin See Yan , What are we to do , Insight - After Covid-19, a chance to rebuild 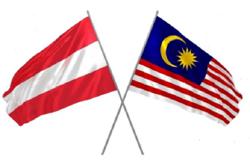