Recovery mode: A panelist says the property market is stagnant at the moment but people are more likely to buy houses in the next few months.

AT the 2020 National Housing and Property Summit earlier this week, the burning question on everyone’s mind was “where is the market heading in 2021?”

Granted, it was a tough question to answer, but the panellists on hand took a crack at it.

The 200-odd participants at the seminar burst into laughter at Sarkunan’s blunt answer, though one could sense that as ridiculous as it sounded, it may just be true.

Or is it? Of course, Sarkunan did not stop there. Sarkunan: I think by next year, the worst will be over and then people will start making decisions.

“The question one needs to ask is whether the worst over? My opinion is that it is not, as there’s still too much uncertainty out there and we still do not know if there will be another wave of Covid, or if a vaccine is going to be found.

“I think by next year, the worst will be over and then people will start making decisions. The property market is stagnant at the moment and we will see movements when decisions are being made. Right now, everyone is postponing their decision.”

Another speaker, Zerin Properties founder and chief executive officer Previndran Singhe, is optimistic that the property market will pick up after Chinese New Year, next year.

“Where is it heading? I think it’s going to be sectoral and location-based.

“The pandemic has had an adverse impact on the local hotel sector but since the recovery movement control order, we’ve seen business picked up in touristy hotels, especially those near beaches.

“I think it’ll be a couple of months before the city hotels get their acts together and I think we’ll see that moving forward.” LaBrooy: We have to be prepared and examine our strategies very carefully about how we move forward.

On Thursday, StarBiz reported that resort hotels are seeing a spike in occupancy, with some recording occupancy rates of up to 90%.

“Some of these hotels are reporting occupancy rates of between 80% and 90%. It would be higher if not for the standard operating procedures to maintain social distancing, ” he says.

For the local residential sector, Previndran says some locations, especially in Kuala Lumpur, the east coast and Penang, are still doing well.

“Overall, however, it’s just a rough ride. It’s probably going to be very flat but with transactions. I think there’s going to be a drop in transactions this year for sure.

“I think year-on-year for the first quarter, we’ve already seen a 20% drop in transactions, compared with the same period last year. I believe that the trend will continue into 2021 as well.”

Previndran adds that the office sector will remain flat as well. Previndran: I think it’ll be a couple of months before the city hotels get their acts together

“We’re not going to see any increase in occupancy or rents for at least a year, ” he says.

Sarkunan, however, says that because interest rates are coming down, the yields that were prevalent for commercial real estate at least are still holding on.

“There’s no pressure to go up, because when the yields go up, values come down. Sellers are definitely trying to hold on to their assets and buyers want to buy at a greater discount. So there is tremendous pressure on yields to go up but its being held by the fact that interest rates are coming down.

“But in terms of value, commercial values will drop especially in the office sector. The industrial sector will hold steadily because the sector is still doing well. In fact, industrial values have actually gone up.”

Alpha REIT Managers chairman Datuk Stewart LaBrooy points out that the Covid-19 pandemic has changed the entire landscape of people’s lives and will probably be a “force to deal with” over the next 24 months.

“I don’t see this thing going away in a real hurry and as real estate players, we have to be fully prepared and examine our strategies very carefully about how we move forward.

“For the industrial space, buying habits are going to change. During the lockdown, everyone bought things online. Even people that never used e-commerce before have now become addicted to it. E-commerce transactions spiked nearly 40% growth during the first three months of the lockdown.”

LaBrooy asserts that e-learning and video conferencing took centre stage during the movement control order (MCO), when it was implemented on March 18.

“Zoom was something you did in your car when you accelerated fast. No one had even heard of zoom prior to the MCO, ” he quips.

“People were forced to adapt to a new way of communication; and guess what? It’s here to stay and people will still remain cautious long after the virus has gone, ” says LaBrooy.

He notes that companies around the world learnt a very valuable lesson about centralising their supply chains during the global lockdown.

“They’ve learnt that by centralising just one supply in China, they were very badly compromised in terms of keeping their businesses going. But whatever said and done, global supply will still exceed global demand over time.

“In terms of the sector, the industrial space is booming. I’m not talking about the semi-D or terrace units. It’s the 20,30 or 50 acres sites that are in high demand.”

Looking ahead, LaBrooy reckons that the recovery for Malaysia will “take a while.”

“When you look at 1998, it took us five years to recover. We don’t have the resilience of the big western economies. We’re commodity-led.”

LaBrooy says what Malaysia lacks, as far as industrial space goes, is that the state and federal governments have not looked into bringing in large industries into the country.

“Government-linked companies can play a big role in this by identifying large tracts of land to open up to foreign investors.”

The full-day National Housing and Property Summit, which was held on Tuesday, was organised by KSI Strategic Institute for Asia Pacific and co-organised by FIABCI Malaysia. 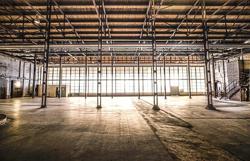 Local tourists return, but only to resorts