Focus on SMEs: A woman walks by a large screen showing Yoshihide Suga in Tokyo. The future premier is looking to push consolidation of small and medium businesses, where survival is becoming harder as bankruptcies rise. — AP

JAPAN Inc should rejoice at the prospect of a new premier: It can only get better from here.

Yoshihide Suga, the top aide to Prime Minister Shinzo Abe, has been elected leader of the ruling Liberal Democratic Party in a landslide, paving his way to the country’s top post. Parliament’s vote today will make it official.

For industrial Japan, Suga’s victory comes as a nascent, post-Covid 19 recovery is afoot. Recent survey data pointed to an upturn for manufacturers. Certain sectors like machinery and transport equipment are doing far better than others. Industrial production in July rose from a month earlier. Meanwhile, machine tool orders have been flat instead of sharply down.

Some companies’ outlooks are looking increasingly optimistic, too, with bigger order books. Industrial robot exports to China from Japan, for example, rose 63.1% from a year earlier, according to Sanford C. Bernstein & Co analysts.

Suga will ensure that this continues, especially in the current environment. A recent survey conducted by Nikkei Research showed that more than half of the small and medium-sized firms that took part wanted him to run the country and implement more of the same, with a focus on fiscal reforms. But that doesn’t mean stagnation.

The majority candidate for prime minister, as CLSA Ltd analysts noted, is “very much his own man, ” with “no lack of ideas and... a reputation as a fixer.”

Whether maintaining the status quo means far greater fiscal spending remains an open question. But going by his speeches, the leanings of this former employee of a cardboard-box factory point to a commitment to support companies climbing out of Covid-19, achieve broader economic growth, and make reforms more efficient.

Those could take the form of subsidies and incentives for employment, capital spending and wages.

Suga’s track record is promising. Earlier this year, as the risk of having supply chains in China became apparent, he came out in support of diversifying. At the time, the government announced a package worth US$2.2bil to incentivise corporations to move operations out of China. Meanwhile, the future premier is looking to push consolidation of small and medium businesses, where survival was becoming harder as bankruptcies rise.

Suga’s past experiences show he favours reform, having been involved in Japan’s postal privatisation.

Japan Inc’s industrial giants can also expect a hand if needed. Last week, Nissan Motor Co, which has struggled financially for the past two years under its failing corporate strategy and the Carlos Ghosn scandal, bagged a 180 billion yen (US$1.4bill) loan, of which 130 billion yen was guaranteed by the government, the largest such deal ever.

Nissan is headquartered in Yokohama, where Suga was a member of local government. Meanwhile, in a regular press conference at the height of the pandemic, Suga said Tokyo would provide wide-ranging support for the auto industry.

No doubt, there are questions around what happens with Tokyo’s corporate governance drive, whether that will figure on Suga’s immediate agenda at this stage of recovery, and how activist hedge funds fare after protectionist moves earlier this year.

Still, the positive momentum seems to be working in Suga’s favour. Just consider the commitment to hosting the pandemic-delayed Olympics next year.

In a Reuters interview, he said the nation would do “whatever it takes” to make sure the global sporting event, originally planned for this summer, will happen in 2021. As in previous years, the Games had pushed construction activity and filled up order books. Hopes of inbound tourism boosting consumption had buoyed sentiment.

For downbeat Japan Inc, the tide is turning. Suga in the top slot will only make it stronger. — Bloomberg

Anjani Trivedi is a Bloomberg opinion columnist covering industrial companies in Asia. Views expressed here are the writer’s own. 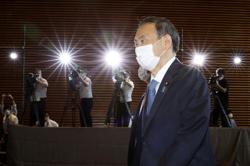 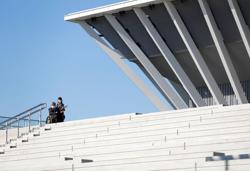