is looking to raise up to RM2bil – more than double its current market capitalisation – from a proposed private placement of convertible redeemable preference shares (CRPS) to acquire good-value, high-quality producing oil and gas assets.

In a statement yesterday, the oil and gas exploration and production company said it views the proposed private placement exercise, involving up to two billion new CRPS at an issue price of RM1, as the most appropriate mechanism for fund raising, so as to optimise the chances of acquiring attractive assets in a timely manner.

The company said such assets include those sold via bidding rounds with tight timelines for completion.

“Such acquisitions, if they materialise, would likely contribute positively to its earnings potential in the near future.

Hibiscus said the net proceeds from the proposed private placement of CRPS will be maintained in an Islamic trust account of a licensed bank and managed by an independent custodian.

“The group will prioritise assets with strong production potential coupled with cost optimisation opportunities and remains committed to growing its business in its areas of geographic focus, particularly South-East Asia.”

Trading in the shares of Hibiscus will resume tomorrow, after being suspended from 2.30pm yesterday.

The counter was last traded at 56 sen.

“The quantum of new capital that we are attempting to raise is more than double our current market capitalisation (of RM889mil) and is nearly three times the aggregate amount raised through equity instruments since our inception.

“We are excited by the opportunities that we see on the horizon and we are determined to be prepared to address them from an equity and debt perspective, ” he said in a statement.

Affin Hwang Investment Bank Bhd, CIMB and HLIB have been appointed to act as the joint bookrunners to procure prospective places for the CRPS.

Hibiscus said the proposed placement of CRPS is subject to various regulatory and shareholders’ approvals being obtained.

“An EGM will be convened for this purpose, ” it said, adding that the proposed private placement may be implemented in single or multiple tranches.

“The conversion price for the first tranche of the CRPS has been fixed at RM0.66, representing a premium of approximately 10% over the five-day volume weighted average market price of the ordinary shares in Hibiscus on Bursa Malaysia up to Sept 8,2020 (the last market day before the announcement), of 59.72 sen.” 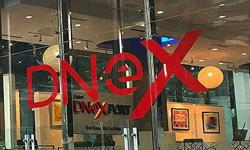 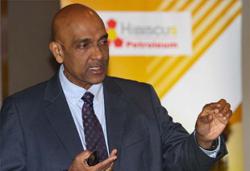