TOKYO: The Japanese government has guaranteed most of a loan to Nissan Motor Co from the Development Bank of Japan (DBJ), a source said, taking its guarantee to more than 40% of 713 billion yen ($6.7 billion) in finance for Japan's No.2 automaker.

The hefty government guarantee suggests financial firms are cautious about helping to fund the automaker as it seeks to return to profitability and stop bleeding cash.

The government has guaranteed 104 billion yen of the 180 billion in loans from the DBJ, said the source with direct knowledge of the matter who declined to be identified as the information is not public.

DBJ and Nissan declined to comment. The Ministry of Finance could not immediately be reached for comment.

Three other sources told Reuters in May the government would guarantee part of a loan from Mizuho Financial Group Inc, aimed at helping Nissan ride out the COVID-19 pandemic.

The two guarantees, if confirmed, would put the government on the hook to the tune of 304 billion yen, or 43% of the total loans Nissan has secured from its main lenders to weather the COVID-19 pandemic, Reuters calculations show.

Nissan had pledged to slice 300 billion yen from annual fixed costs and become a smaller, more efficient company after the pandemic exacerbated a slide in profitability that culminated in its first annual loss since fiscal 2008 in the year ended March. - Reuters ‘Japan PM will not speak with Tsai on the phone’ 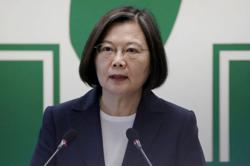