Auto on road to recovery

PETALING JAYA: Growth in the automotive sector is expected to pick up momentum in the coming months, spurred by the sales and services tax (SST) exemption and low financing rates, following the reduction in interest rates.

This would improve auto companies’ earnings, which mostly came in weaker than expectations in the recent April to June reporting period.

“Overall, automotive players suffered from the closure of business during the movement control order (MCO), which was imposed on March 18. This was further worsened by the unfavourable foreign exchange movement following the Covid-19 outbreak.

“However, the industry is slowly recovering... sales have been picking up since May and this trend should continue in the months ahead, ” said an analyst. 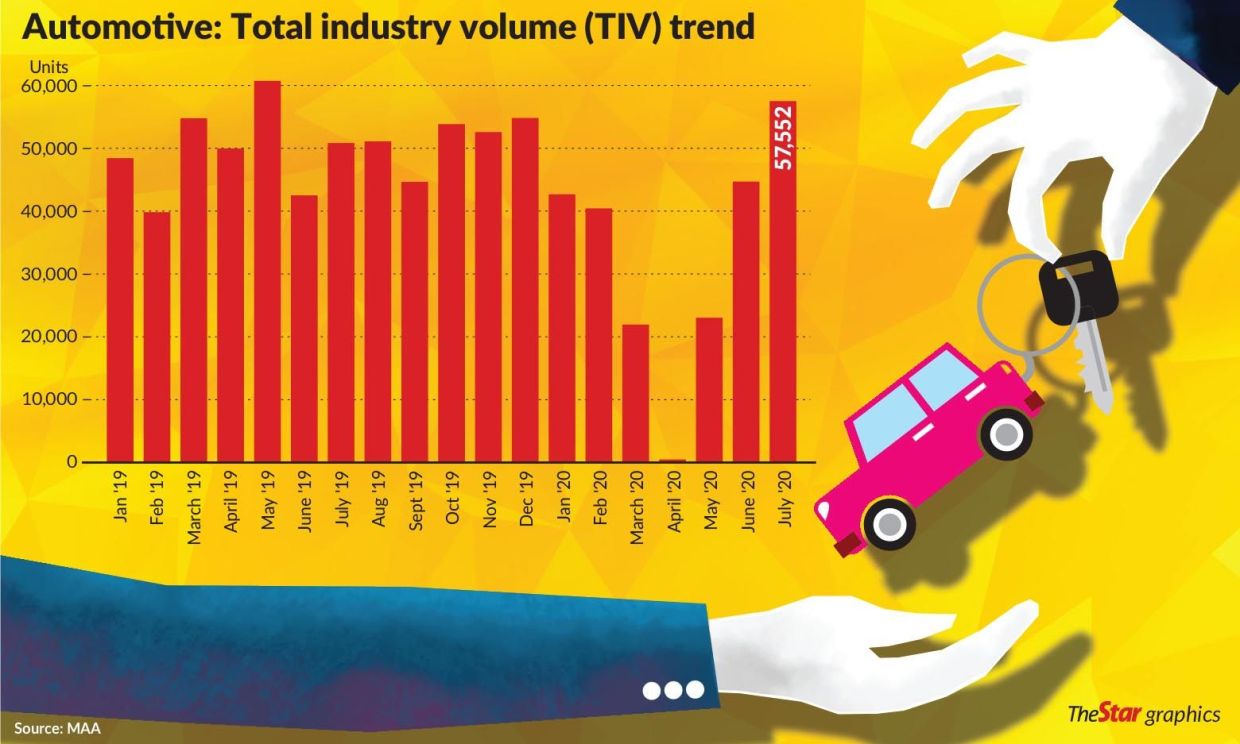 AllianceDBS in a recent report noted that auto sales continued to record monthly improvement with July total industry volume (TIV) standing at 57,600 units or a 29% increase month-on-month. This brought the year-to-date TIV to 232,000 units.

Similarly, Kenanga Research said it “expects most of the auto players to chart stronger recovery during the sales tax exemption period on passenger vehicles” and envisages volumes to fall within its 2020 TIV target units of 475,000.

TA Research is a little more optimistic. It has revised its 2020 TIV higher by 13.2% to 488,000 units, which is 3.8% higher than the Malaysian Automotive Association’s forecast of 470,000 units. In a recent report, TA said “most of the automotive players are cautiously optimistic about the outlook for the 2H20.”

The research firm has upgraded the sector recommendation from “underweight” to “neutral” in light of their improving earnings outlook.

Recall that vehicle sales took a big hit due to the MCO, with just 143 units delivered in April.

Since May, the trend has been picking up with 23,309 units sold. Vehicle sales in June increased further by 95% quarter-on-quarter to 44,695 units mainly due to efforts by the government through reduction of sales tax for locally-imported and fully-imported models, which was introduced on June 15 until year-end.

Car companies, on their part, have been undertaking aggressive promotional campaigns.

This had also played a part in helping lift the TIV in June and July.

However, analysts noted that the increase in TIV was not as high as the tax holiday period back in 2018.

Going back to the recent 2Q results, Kenanga said that only one stock, namely Sime Darby Bhd

, had performed above expectation and this was boosted by a strong recovery from its industrial division.

’s results came in within expectation, while results of other players were severely below expectations, it added in a report.

AllianceDBS has Berjaya Auto as its stock pick.

It sees a strong earnings rebound for the company on the back of higher margin and sales volume.

The company also has a healthy balance sheet and the stock, which is currently trading at an undemanding valuation of nine times FY21, offers an attractive dividend yield of around 5%.

As for Public Investment Bank Bhd, it prefers DRB-Hicom Bhd as it expects stronger vehicle sales and better performance from its postal and logistics segment due to improved tariff rate at Pos Malaysia Bhd

Meanwhile, TA has Berjaya Auto as a “buy” also.

and Sime Darby to buys. But Pecca Group Bhd

were still rated as “sell” due to their stretched valuations.

The former recently announced its diversification into the personal protective equipment (PPE) business.