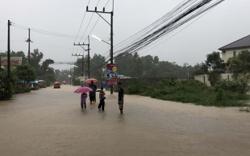 In this Aug. 6, 2020, file photo, shoppers walk though a clothing market in Bangkok, Thailand. Thailand's economy contracted at a 12.2% annual rate in the April-June quarter, its sharpest downturn since the Asian financial crisis of the late 1990s. (AP Photo/ Gemunu Amarasinghe, File)

BANGKOK: Thailand announced on Wednesday 68.5 billion baht (US$2.2bil)worth of fiscal stimulus in cash handouts and job measures to support Southeast Asia's second-largest economy which has been battered by the coronavirus pandemic.

The announcement comes one day after the surprise resignation of newly-appointed Finance Minister Predee Daochai, which Thailand's prime minister said earlier would not impact economic policy or investor confidence.

The government plans to spend 45 billion baht on 3,000 baht handouts for 15 million people to boost domestic consumption, said Danucha Pichayanan, a spokesman of the government's task force, at a news briefing. It has earmarked 23.5 billion baht to help the private sector hire 260,000 new graduates for a year.

"The government will continue introducing additional measures" to help domestic activity and investment, said Deputy Prime Minister Supattanapong Punmeechaow, at the same briefing held after a meeting on stimulus measures.

Thailand's economy suffered its deepest contraction in over two decades in the second quarter as the pandemic hit tourism and domestic activity, even as the country saw a more modest number of coronavirus cases compared to some of its peers.

The government also said civil servants would be given two days leave to make the most of subsidies for domestic tourism offered by the government since June to offset the drop in foreign visitors from the border closures in April.

Overall, the measures will be financed by the government's 1 trillion baht borrowing, part of a bigger 1.9 trillion baht coronavirus response package to help an economy which the finance ministry expects to shrink by a record 8.5% this year.

The state planning agency earlier said there were about 2 million job losses as a result of the tourism slump. It expects only 6.7 million visitors in 2020, after last year's record 39.8 million tourists whose spending made up 11.4% of GDP.

Thailand said last month it would allow foreign tourists to visit the resort island of Phuket for long stays from October with a quarantine, replacing a previous "travel bubble" proposal due to new outbreaks around Asia. - Reuters 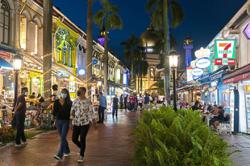 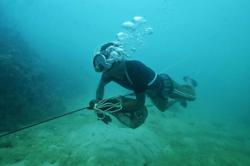