Trying times: A small factory in action. The SME Association of Malaysia’s survey shows that about 40% of SMEs are planning to either lay off staff or reduce their headcount.

PETALING JAYA: While most companies are back in business, the risk of further layoffs remains, particularly for small businesses, as the automatic loan moratorium period comes to a close at the end of this month.

SME Association of Malaysia president Datuk Michael Kang said the loan obligations would add to their burden as many are still grappling with other payments that will be due around the same time.

“We are worried that there will be more unemployed after the moratorium ends. Our survey shows that about 40% of SMEs are planning to either lay off staff or reduce their headcount. It is not just job cuts, but some companies are also closing down. So more will come.

“Most SMEs had no income for four months and the majority of them only had three months of cash flow, so their reserves would have already dried up. The reason why some of them can still drag their cash flow is because of the moratorium. On top of that, they still owe rents which they haven’t paid, some business payments haven’t been made and all that. So they can drag it until October.

“If they cannot get a loan or if business still doesn’t pick up, I think a lot of them won’t make it, ” he said.

Kang also referenced a recent survey by the Federation of Malaysian Manufacturers (FMM) which noted that companies were still looking to carry out downsizing plans later this year. According to the FMM-MIER Business Conditions Survey, about 42% of the respondents are looking to reduce headcount of up to 30% until December 2020. As of last July, 17% of the respondents had already reduced their headcount by 10%-30%.

The survey also found that 66% of the respondents had to reduce manpower costs in the first half of this year through measures such as headcount freeze, removal of non-contractual allowances and benefits, elimination of part-time manpower or outsourcing, reduction of workdays and the introduction of mandatory annual leaves for their employees.

Nonetheless, Kang said there were also many SMEs that were in need of immediate workers including those in the furniture and F&B manufacturing sectors.

“SMEs still need people but a lot of them don’t know where to find the people. And sometimes, they may find people with a good attitude but not the right skill. So we can help to train them, ” he said.

The SME Association has helped to train some 242 people under the Penjana HRDF Place and Train programme which provide training in areas such as technology usage, digital marketing, logistics and smart warehousing. The first batch of trainees graduated from the programme a week ago.

“We want to help more jobless people find jobs. These are people who are either laid off, have been jobless or from the B40 group and they may not have the skills for a particular job. So this programme helps them to find a job and train them for the role.”

Kang said there were over 70,000 jobless people registered with the Human Resource Ministry and the association is working with the government to help place as many of them as possible before the next wave, expected in October.

Given that SMEs remain the job powerhouse for the country, it is important that they are given the support to continue reskilling and upskilling their talents, he added. 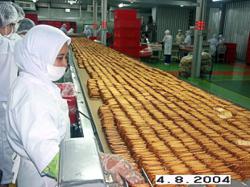