amid rising headwinds for the plantation sector.

The crude palm oil (CPO) prices are expected to trend lower in anticipation of rising inventory and unsustainable exports, the research unit said in its latest report.

It also expects improvement in the upstream earnings for IOI Corp for the first quarter (Q1) ended Sept 30,2020, on the back of higher CPO prices alongside higher fresh fruit bunches (FFB) output, entering into peak production period.

However, it cautioned that CPO price is expected to come under pressure in the near-term as it enters the peak production period.

“At this juncture, reward-to-risk favours the latter.

“Based on the reasons above, we believe our ascribed price earnings ratio of 29 times and market perform call are fair, ” the research unit said.

The earnings were within Kenanga’s estimate, but beat consensus at 115% of the latter estimate.

The research house has an unchanged target price of RM4.40 on the counter, which is a 3.4% discount to Tuesday’s last traded price of RM4.55.

“We project stronger earnings for FY21 to be driven by higher CPO prices, ” the research house said.

The key upside risks for the group include higher-than-expected CPO prices and potential earnings-accretive mergers and acquisitions.

The research unit, which has a hold call on IOI Corp, has a target price of RM4.53 on the stock “as we see its share price as fairly valued at the current level.”

On its FY21 outlook, IOI Corp expects to sustain its financial performances in FY21.

CGS-CIMB said IOI Corp is of the view that CPO prices may decline slightly during fourth quarter 2020 from the current level of above RM2,700 per tonne due to higher palm oil supply and weaker demand.

It also targets flat to slightly lower FFB output in FY21 due to aggressive replanting in Sabah.

But IOI Corp is positive on the prospects of its oleochemical division and expects its margin to be stable.

However, these will be partly offset by weaker refining margins due to the suspension of crude palm oil export duty till December 2020. 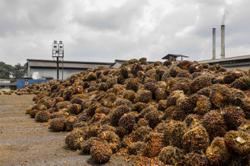 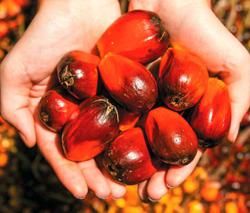