(MBSB) group recorded a modification loss of RM512.61mil for the second quarter ended June 30,2020 due to the moratorium granted to the customers.

Its group president and chief executive officer Datuk Seri Ahmad Zaini Othman “it is a significant amount due to the sizeable portfolio contracted at fixed rate financing”.

“However, we hope to start seeing the unwinding of these modification losses sometime next year, ” he said in a statement to Bursa Malaysia on Wednesday.

“Net income is also higher compared to RM336.31mil that was registered for the same period last year following gains from sale of financial investments, ” it said.

“This drop was due to lower expenses as the operation was affected during the Movement Control Order as well as higher net income for the current quarter, ” it said. Its CIR (y-o-y), fell by 11.60% from 31.32% in 2Q19.

“The group’s allowance for impairment improved and recorded writeback of RM53.87mil in 2Q20. The writeback was due to improvement in expected credit loss (ECL) as a result of active collections to regularise payment arrears during the quarter. 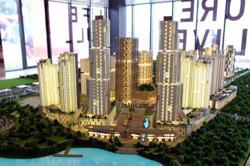