In a filing with Bursa Malaysia on Wednesday, the flexible packaging manufacturer said the actual number of bonus shares to be issued will depend on the total issued shares on the entitlement date.

has proposed a one-for-one bonus issue of up to 191.41 million new shares to reward its shareholders for their loyalty and continued support.

In a filing with Bursa Malaysia on Wednesday, the flexible packaging manufacturer said the actual number of bonus shares to be issued will depend on the total issued shares on the entitlement date.

In a filing with the local bourse, the company said the earnings improvement was due to more premium product mix, favourable exchange rate for its export sales and lower raw material prices as compared with the second quarter of 2019. Revenue in the second quarter stood at RM228.03mil from RM229.71mil in the previous corresponding period.

“The sales of food, beverages and other consumable products segment recorded a revenue of RM20.33mil as compared to the corresponding quarter of 2019 of RM15.40mil. The increase was mainly due to the increase in sales of tea and coffee products from its Thailand operations and increase in the export sales of noodle products, ” said Thong Guan.

For the six-months period ended June 30,2020, Thong Guan’s net profit rose to RM37.92mil from RM26.70mil in the previous corresponding period, while revenue increased to RM472.06mil from RM446.90mil a year earlier.

On its prospects, the company said while economic headwinds may continue to dawdle, the group has progressively adapted to the new normal business environment and is optimistic to continue to build on its market position and to capture growth both locally and internationally.

“The group is looking forward to the additional capacity coming on stream to continue to propel its upward trend in sales volume and profitability. Barring any unforeseen circumstances, the group expects to continue to grow all its business units.”

Thong Guan also declared a second interim dividend of two sen for the financial year ending Dec 31,2020, to be paid on Oct 15. 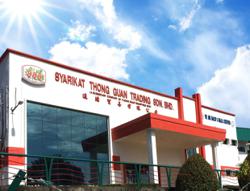 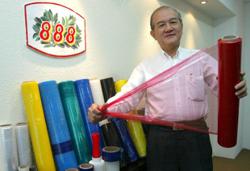