BE CAUTIOUS: MSWG CEO Devanesan Evanson (pic) advises investors to read the announcements made through Bursa Malaysia to fully understand the details of the announced proposals.“An MoU is different from a contract. MOUs are not firm like contracts. Even contracts can be terminated. Thus, there are varying levels of risk when it comes to the fruition of the proposals, ” he tells StarBizWeek.

The termination of a memorandum of understanding (MoU) by Berjaya Corp

Bhd (BCorp) to take over Singer (M) Sdn Bhd has raised questions about the viability of a slew of other similar agreements recently announced by listed companies.

BCorp, in less than two months of announcing the deal to purchase Singer at a price of more than half a billion ringgit, has called it quits, citing a challenging economic environment due to the coronavirus (Covid-19) pandemic.

BCorp first announced the MoU on June 2, which was in the midst of the Covid-19 pandemic itself.

This begs the questions - will the same fate befall some of the other recently announced MoUs?

For the last two weeks alone, a slew of MoUs or similar agreements were announced by a number of small- to medium-sized listed firms. These include Borneo Oil Bhd

.Some of these companies have seen their share prices spike up, likely on what is perceived as positive news flow resulting from their announcements. Some of these stocks have spiked up by three times in less than one month.

This was the case with Kanger, a bamboo-furnishing company that saw its share prices soaring from nine sen in mid-July to 30 sen on Aug 2.

This week, the company announced that it has received a formal expression of interest (EOI) from Dubai-based Constellation Holdings Ltd to set up a medical examination gloves operation in Malaysia.

Then there was an MoU between Borneo Oil and Minetech for mining works in Pahang.

Interestingly, both companies’ share price dropped after the announcement.

Previously, during more lacklustre market conditions, the announcement of MoUs hardly had any impact on the movement of share prices of the affected listed firms.

That has clearly changed over the last few months as the market has been on a bull run with an increasing number of retail investors coming in.

Many stock prices have seen on upswing and even downswing surges on the expectation that some kind of deal will be signed by those companies.

An MoU is a non-binding agreement between two parties to work together in a project and it usually comes with schedules of certain obligations to be met before the companies go into definitive agreements.

In other words, an MoU is nothing more than a formalised handshake.

MSWG CEO Devanesan Evanson advises investors to read the announcements made through Bursa Malaysia to fully understand the details of the announced proposals.

“An MoU is different from a contract. MOUs are not firm like contracts. Even contracts can be terminated. Thus, there are varying levels of risk when it comes to the fruition of the proposals, ” he tells StarBizWeek.

He points out that the significant interest in the healthcare sector due to the Covid-19 pandemic has driven some small and medium sized companies’ share price to soar “unrealistically.”

“Some investors do not bother to understand the exact nature of the venture or proposal but just look out for certain keywords or phrases to excite them to invest, ” Evanson says.

“Even when public listed companies (PLCs) diversify into the health play, and they have not previously been involved in that sector, the question to ask is where will they get the expertise.

“This may not be such an issue when they take over an operating company, but even then, does the PLCs have the expertise to oversee that operating company?, ” he adds.Former investment banker Ian Yoong recommends investors to practice caution about MoUs as these are non-legal binding documents

“Investors have to be very careful when the investment decision is based on an MoU.

“The announcement of a MoU to diversify to a totally unrelated business is a red flag especially at this point in time when the stock market is highly speculative.

“A significant proportion of projects in MoUs announced will be called off.

“The reasons for not following through on MoUs are not necessarily nefarious but the parties could not agree on terms, one of the parties could have changed their minds and funding problem among others, ” he says.

“The intention could be genuine. Conversely, there are MoUs where the intention is less honourable; these are difficult for the authorities to prove that there is foul play, ” he adds.

Typically, MoUs have been used by government officials as well as private sector members on overseas trade missions.

The idea is to document a formal agreement while on that trade mission, which is meant to be followed up by more negotiations before a finalised version of the deal is struck.In recent memory, one recent event saw a massive amount of MoUs inked by Malaysian private and public companies.

That was in 2017 and resulted from trade missions to India and China by former Prime Minister Datuk Seri Najib Razak.

It was reported that a massive RM333bil worth of deals were signed stemming from those visits. It is yet known how many of those deals have materialised to date.

Going further back into history, just prior to the 1998 Asian Financial Crisis, Malaysian listed companies were on a roll.

There was a bull market taking place and the best known among the players who inked many MoUs was Tan Sri Amin Shah Omar Shah.

He was given the moniker of “King of MoUs” but many of the MoUs did not become reality.

Amin Shah had a few listed companies and mainly hankered on jobs from the government. But, it collapsed during the 1998 crisis.

Coming back to the recent MoUs, there are a number of small to medium size market capitalisation companies which have announced plans related to areas such as digital banking, building 5G networks to building renewable energy, new rubber glove plants and even development of Covid-19 vaccine.

Those ventures require millions to billions of ringgit of investment.

An example is XOX Bhd

XOX’s share price has surged more than five times since mid-July to hit 31 sen on Aug 11. It has since then corrected to 24 sen at yesterday’s close.

As the market continues to fuel up, it is likely that MoU announcements will continue to pop up.

It should be noted that there are hardly any substantive developments that have taken place following the many MoUs inked over the last two months.

That has not stopped the stock prices of such companies from skyrocketing.

This raises the question of whether MoUs can justify the surge in the prices of such stocks? What is worrying is that many of these stocks are seeing their prices surge prior to the announcement and then dropping on the “sell on news” trend.

In the end, how many of these MoUs will turn into projects or businesses that would create value for the companies involved? 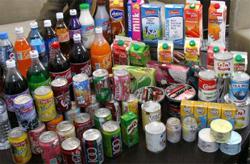