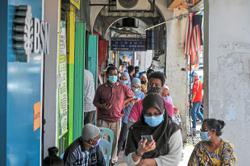 Bank Negara will release the 2Q economic data at midday.

PETALING JAYA: All eyes are on Bank Negara’s gross domestic product (GDP) announcement today, with the odds stacked against the Malaysian economy for the second quarter of 2020 (2Q20).

A double-digit economic contraction is highly expected in the April-June period, potentially worse than the 1997 Asian Financial Crisis.

A Bloomberg poll of 20 economists expects a median forecast of negative 10.9%.

However, with the economy currently in the third quarter, it appears that the worst is over as signs of green shoots are emerging.

It is, hence, necessary to look beyond the major weakness witnessed in 2Q20.

The government’s medium-to-long-term economic recovery plan (ERP), which will be unveiled in October, is expected to be a key catalyst to accelerate the country’s return to pre-pandemic growth levels.

According to the Minister in the Prime Minister’s Department Datuk Seri Mustapa Mohamed previously, the ERP will be centred on the labour market, private investments and the digital economy.

She pointed out that over 50% of the job vacancies offered in Malaysia are for the elementary occupations, hence causing a mismatch between labour demand and supply.

“The government must also assess the quality of the investments, whether it offers high skilled jobs for the locals or facilitate technology transfer. As for the digital economy, the government is likely to include plans to immerse more in the digital culture and moving towards a cashless society.

"We could also expect some allocations in the form of investments or incentives to support this movement. Industry 4.0 and 5G development are likely to be emphasised, ” she said.

“The federal government’s development expenditure has significantly gone down along the years as a percentage of GDP. In 2019, it was only 3.5% of GDP and this is likely to be the same for 2020, ” he said.

These are fiscal stability and growth stabilisation pact, unlocking new sources of growth, reinforce competitiveness and productivity nexus, smart and digital technology-driven investment as well as upskilling workforce and education for the future.

He further added that the government must plug leakages in affirmative action policy to ensure that the most vulnerable Malaysians, regardless of race, will be given priority in terms of a new approach towards social safety protection system.

“One can consider experimenting with the Universal Basic Income programme for communities considered economically disadvantaged. Subsidies and financial assistance programme need to be well targeted, ” he said.

Lee also urged the government and the industry to be more committed in addressing the high number of both documented and undocumented foreign workers estimated at about five to seven million. He said the elevated number of foreign workers have been undermining the country’s industrial restructuring and skills transformation.

“We need to seriously re-look at better execution of workable solutions toward a phase reduction of foreign workers, encourage automation and go digital, ” he said.

In addition, Lee said there is still room for Malaysia to improve its World Bank’s ease of doing business ranking by further streamlining the impediments to investment in the country.

In 2020, Malaysia is ranked 12th in the world for ease of doing business.

“In terms of starting a business, local entrepreneurs continue to face cumbersome procedures to start and operate a business. 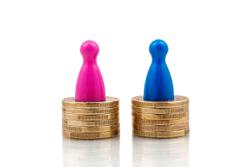