"We could make some adjustments to the package we introduced in March. I don't think at the moment we would get any traction from making adjustments," Lowe said.

SYDNEY:Australia's central bank on Friday called on all levels of government to "put all shoulders to the wheel" to fund the spending desperately needed to generate jobs and drag the economy out of its deepest recession in about a century.

Having slashed its cash rate to a record low 0.25% and implemented a bond buying programme in mid-March, Reserve Bank of Australia (RBA) Governor Philip Lowe said there were limits to what monetary policy could do.

"We could make some adjustments to the package we introduced in March. I don't think at the moment we would get any traction from making adjustments," Lowe said, before a parliamentary economics committee.

"If we get to the point where we think that we would get traction and make a difference to jobs and economic performance then we're prepared to do it. I think right at the moment we're not at that point."

The RBA Board has given a clear signal it will not increase the cash rate until it achieves its employment and inflation goals even with the impact from the pandemic not as bad as initially feared.

Lowe said it was not the cost or the availability of credit that was deterring businesses and individuals to spend but the pandemic-driven shutdowns and a lack of "dynamism" in the economy which can only be fixed by the government.

"The main game is going to be fiscal and structural policies, that's the reality we face," Lowe added.

An expected increase in public debt from fiscal stimulus was "entirely manageable and affordable", he said.

"It is the right thing to do to borrow today to help people, keep them in jobs and boost public investment at a time when private investment is very weak."

Last week, the RBA downgraded its outlook for the economy and warned unemployment would stay high for several years with the second-most populous state of Victoria battling a fresh wave of coronavirus infections. 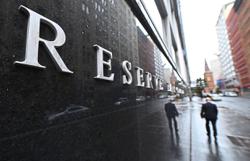 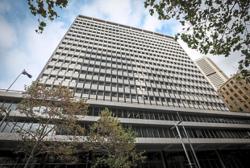