rose more than 8% in early trade Tuesday, making it the top gainer on Bursa Malaysia after its fourth quarter earnings beat analyst estimates.

Supermax’s net profit for its fourth quarter ended June 30 surged more than 26-fold to RM399.62mil from RM15.06mil a year ago, its best-ever quarterly financial performance since its incorporation.

The better earnings are mainly due to an exponential rise in demand for medical gloves and other personal protective equipment (PPE) on the back of the Covid-19 pandemic.

MIDF Research has upgraded Supermax to buy with a revised target price of RM24.19.

The company has announced a share dividend of one treasury share for every 45 shares held pursuant to the proposed bonus issue.

“The positive variance compared to our forecast was due to higher-than-expected ASP and margin. 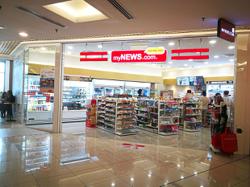