A major factor behind the subdued inflation in the region has been sluggish food prices.

INFLATION fears are hotting up around the world, threatening to undermine the attraction of bond markets. But for now, South-East Asia appears to be relatively immune.

Indeed, the lack of price growth has been a major factor helping to push up the region’s real yields, or nominal bond yields adjusted for inflation.

Malaysia and Thailand have both seen deflation for the last four months, while Indonesia’s consumer-price gains slowed to the least in two decades in July.

The three countries all offer 10-year real yields of above 2%, putting them in the top tier of major emerging markets.

A major factor behind the subdued inflation in the region has been sluggish food prices.

These have a relatively high weighting in local inflation baskets: approximately 30% for Malaysia, and around 36% for Thailand and Indonesia, according to data compiled by Bloomberg. The price of rice - the region’s major food staple - may trend lower in the second half due to rising supply from Thailand, Vietnam and India, Fitch Solutions said last month.

One exception to the trend of benign inflation is the Philippines, where a report this week showed consumer prices unexpectedly climbed 2.7% in June.

That has resulted in the real yields on its 10-year bonds sinking almost to zero.

Investors should be aware that rising consumer prices remain a risk, especially with the spread of emerging-market yields over the US narrowing.

Cost pressures have typically started in developed markets and spilled over into emerging ones, according to a study by Bloomberg Intelligence last month.

There are plenty of signs price momentum is building, most notably US two-year break-even rates have risen for 14 straight weeks.

In addition to the favorable inflation picture, another factor burnishing the appeal of Southeast Asian bonds from a real yield perspective is the low currency volatility, a key consideration for investors who prefer not to use hedges.

While South Africa, Brazil and Mexico offer notably high bond yields, they also come with some of the most volatile currencies. In contrast, not a single Southeast Asian currency appears among the top seven emerging markets when ranked for three-month implied foreign-exchange volatility. There are plenty of things for investors to like about Southeast Asian bonds including positive supply metrics and favorable positioning.

Low currency volatility and attractive real yields can be added to that list -- so long as the inflation monster stays away.

The Philippines will auction 30 billion pesos (US$612mil) of 10-year bonds on Tuesday, while Thailand will sell five billion baht (US$161mil) of benchmark 30-year debt (LB496A) the same dayJakarta’s current social distancing measures is set to expire on Thursday, thought a further increase in virus cases may see the government decide to extend them again.

Malaysia will release GDP data for the second quarter on Friday, the first time period to account for the full impact of the economic lockdown. — Bloomberg 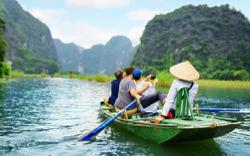 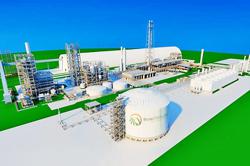 Brunei: BFI to be one of the largest fertiliser plants in South-East Asia