Higher income: Farmers carry baskets of navel oranges in an orchard in Huichang, Jiangxi province. Many locals have been lifted out of poverty by growing the fruit. — China Daily

Policy and strategy are the life of the Communist Party of China, Chairman Mao Zedong said in 1948, shortly before the founding of New China and after checking and adjusting the policy and strategy for land reform in the liberated northern part of China.

The successful reform won Mao the wholehearted support of the poor farmers, and helped the communists to defeat the stronger Kuomintang troops within a year.

Right policies and strategies have since become an important part of national governance, especially rural reform aimed at eliminating poverty.

The policy in the late 1940s and most part of the 1950s was aimed at allocating every farmer a plot to work on. Before that, many people did not own even an inch of land, and earned their livelihood by working for landlords. The policy not only lifted millions of farmers out of poverty in the 1950s and 1960s but also helped China to recover from the ravages of war.

In the 1960s and 1970s, the policy was to organize rural households into people’s communes, under which farmers worked on collectively owned farmlands and got their proportionate share of the harvest. True, the policy helped more people to get food. But even in the late 1970s, the majority of the people were still poor because the farm yields were low due to the low efficiency of the farmers.

Hence, the policy was readjusted in the late 1970s to return the farmlands to individual households.

That policy, which continues to this day, motivated farmers to double and then redouble their output, which helped millions of farmers emerge out of poverty.

Another significant policy change took place on Jan 1,2006, when agricultural tax, which had been collected for more than 2,000 years, was abolished nationwide. Farmers generally paid the tax with a portion of their harvest. So the policy reform allowed farmers to keep an extra share of their crop, helping millions of them to overcome poverty.

Later, the government’s farmer-centric policies extended to crop protection price, which farmers used to sell their crops to the State for a fixed price set before they even planted the seeds irrespective of the fluctuations in market price.

But many State-run granaries complained that they had to purchase more crops than they could store.

As a result, the State built more granaries, which benefited the farmers, especially poor farmers.

When the government noticed that some farmers, after realizing they could earn more money by working in cities, were abandoning their farmlands, it introduced a new policy in many places to compensate farmers who kept cultivating their farmlands. Such policies not only ensured continuously increasing output but also helped lift innumerable farmers out of poverty.

While the right policies can help poor farmers to defeat poverty, smart strategies produce much better results with half the effort.

For many years, the central government has been allocating increasing amounts to poverty-relief funds, which were used among other things to build new schools and hospitals in and improve the outlook of impoverished towns and cities.

But soon it came to light that usually the better-off households, not the really poor families, were benefiting from such support, which prompted the government to improve connectivity in the impoverished areas.

Since the poor villages are mostly located in remote and mountainous areas and poor farmers usually face difficulty in transporting their fresh products to the market, the government built connecting roads to address their problems. The Transport Ministry had planned to spend about 100 billion yuan (US$14.3bil) on building roads in rural areas more than 70% in impoverished areasduring the 11th Five-Year Plan (2006-10).

These roads have made it easier for farmers to sell their products for a better price and find jobs in cities and towns. And while the ministry is building more roads, the telecommunications companies are laying optical cables and bringing 4G or 5G technologies to the remote areas, including the grasslands on the Qinghai-Tibet Plateau for the benefit of herdsmen.

As a result, it is not unusual to see a poor farmer on the screen of your smartphone trying to sell his products through livestreaming. And you could get delivery of the products from even Hainan province or the Xinjiang Uygur autonomous region just a day after placing an order thanks to the ever-improving delivery system.

To me, the right policy and strategy are the main drivers of the anti-poverty campaign. President Xi Jinping has set 2020 as the target year to eliminate poverty, and grassroot leaders of the Communist Party of China are working hard to help achieve this goal by the end of the year.

The author is former deputy editor-in-chief of China Daily. 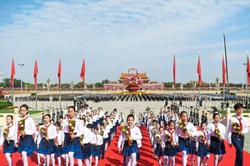 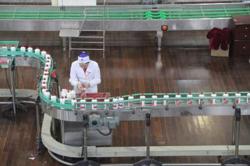