Maybank Investment Bank Research (Maybank IB) in a report said it its maintaining its 2020 to 2022 net profit forecasts for now, adding that it had also raised its target price for Frontken by RM1.30 to RM3.60.

is expected to continue registering favourable earnings over the near term on the back of favourable growth of its semiconductor segment and gradual recovery of the oil and gas (O&G) segment post-2020.

Maybank Investment Bank Research (Maybank IB) in a report said it its maintaining its 2020 to 2022 net profit forecasts for now, adding that it had also raised its target price for Frontken by RM1.30 to RM3.60.

“This is primarily based on its resilient earnings and work orders from its key semiconductor customers (Taiwan), while its mid to long-term outlook is underpinned by increasing high-value work orders for equipment that produces newer chips with smaller nodes.”

Frontken specialises in engineering and precision cleaning services, mostly for semiconductors and oil and gas markets in Taiwan, Singapore and Malaysia.

Maybank IB said Frontken’s earnings came in within expectations, as the research house was anticipating a seasonally stronger second half.

“Second quarter bottom line growth was largely driven by the semiconductor segment, namely from its key Taiwanese customer, as well as improved operational efficiencies across the group.

“Second quarter earnings, however, was partly mitigated by the slowdown of the global O&G sector, which has led to lower earnings of its Malaysian, Singaporean and Philippines entities. First half’s revenue split was 87% and 13% for the semiconductor and O&G segments respectively.”

Meanwhile, Hong Leong Investment Bank (HLIB) said Frontken’s second-quarter core net profit was within expectation, adding that “the best is yet to come.”

“The second half is a seasonally stronger half for Frontken. One-off adjustments include foreign exchange gains (RM51,000) and allowance for impairment losses on receivables (RM64,000).

On a quarter-on-quarter basis, Frontken’s turnover inched up 3%, thanks to Taiwan’s growth, despite the Covid-19 lockdowns. HLIB noted that this was more than sufficient to negate the weaknesses in Singapore (-7%), Malaysia (-17%), the Philippines (-15%) and Indonesia (-12%). 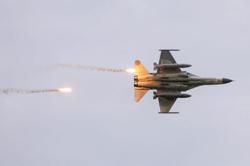 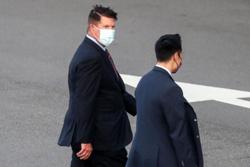