Swiss bank quietly moves to highest ranking in a decade

ZURICH: UBS Group AG has surprised its rivals by vaulting up the league tables this year, putting it on track for the highest European deal ranking in more than a decade.

The Swiss bank ranks third for mergers and acquisitions (M&A) work in the region so far this year, up from 14th at the same point in 2019, according to data complied by Bloomberg. It’s now on course for its best finish to a year since 2008, the data show.

UBS has chosen its clients wisely in a year that’s seen the value of European M&A tumble 32%. It was one of the advisers to Siemens Healthineers AG on its US$16.4bil purchase of Varian Medical Systems Inc announced Sunday, which ranks as the biggest medical acquisition of 2020.

The role left some advisers who missed out quietly asking how the Swiss lender beat them on such a high-profile deal.

The bank advised the winning bidders for Thyssenkrupp AG’s elevator division, the region’s largest private-equity deal in a decade. It also worked on the acquisition of Tesco Plc’s Asian businesses for more than US$10bil -- a record deal in Thailand. And it advised on Alstom SA’s €6.2bil (US$7.3bil) takeover of Bombardier Inc’s rail-transport operations.

It’s deal likes these that helped UBS leapfrog the likes of Morgan Stanley, Citigroup Inc and boutique Rothschild & Co in the European M&A rankings this year.

It now trails only Goldman Sachs Group Inc and JPMorgan Chase & Co, both of which were also on the Varian takeover.

The Swiss bank’s rise comes after several years of the biggest Wall Street names taking an ever-larger share of the M&A pie in Europe, as many of the region’s former champions restructure their investment banks.

UBS has been focusing its investment bank on advisory in core sectors as well as equity underwriting after a government bailout during the financial crisis.

That’s helped it gain traction in areas such as industrials and telecommunications.

It has also benefited from a strong franchise in Asia. A spokesman for UBS declined to comment.

The bank shook up its bench of top dealmakers last month, naming Philipp Beck head of M&A for Europe, the Middle East and Africa among a number of senior changes. UBS has also climbed the global M&A advisory rankings this year to No. 6, from No. 21 at this point in 2019.

While it’s too early to declare that UBS has returned to the heydays of SG Warburg -- the storied City of London investment bank it absorbed in the 1990s -- its surge in the rankings this year hasn’t gone unnoticed. — Bloomberg
Article type: metered
User Type: anonymous web
User Status:
Campaign ID: 46
Cxense type: free
User access status: 3
Join our Telegram channel to get our Evening Alerts and breaking news highlights 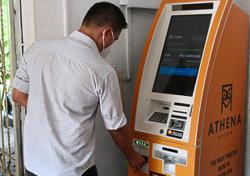