Insight - Lord & Taylor was beyond saving even before Covid-19

In this Jan. 2, 2019, file photo, women peer in the front door of Lord & Taylor's flagship Fifth Avenue store which closed for good in New York. New York landmark retailer Lord & Taylor has filed for bankruptcy, joining a growing list of retailers flummoxed by the pandemic. - AP

YET another storied clothing retailer has found itself no match for the financial pain brought on by the pandemic. Lord & Taylor, the department store chain that was once a star among the glittering emporiums of Fifth Avenue, has filed for Chapter 11 bankruptcy.

Lord & Taylor filed along with Le Tote, the startup clothing rental company that had acquired the department store for US$100mil last year in one of the weirder plot twists of the industry’s move toward e-commerce.

The company says in its filing that its store footprint is “unsustainable” and that it has hired consulting firms to assist with store closures even as it continues to seek bidders.

Given its long and rich history, I understand the desire to find a lifeline for Lord & Taylor.

But, by now, a salvage effort is all but pointless and seems likely to be a mere precursor to liquidation.

I’d suggest would-be bidders stay away, as it is useless now to try to restore retail’s past instead of acknowledging that the pandemic has reconfigured the industry in such a way that some chains are just beyond saving.

Lord & Taylor has fewer than 40 locations, a tiny fleet you might mistake for an advantage in the online shopping era.

After all, Macy’s Inc and J C Penney Co are closing stores right now in order to survive.

But Lord & Taylor’s store portfolio is actually too small – and, crucially, too regionally concentrated – for the current moment. Most obviously, it means it doesn’t have many hubs for curbside pickup or to ship online orders from stores, formats which have suddenly gained primacy amid the Covid-19 outbreak.

Also, it turns out that brick-and-mortar stores serve as powerful marketing tools and convenient return centres for online shopping.

In fact, Macy’s has said when it closes stores in a given market, digital sales often sink, too.

So if a network of strategically located stores plays a role in supporting a robust e-commerce business, Lord & Taylor is in a decidedly disadvantaged position.

In 2019, when Helena Foulkes was still CEO of Hudson’s Bay Co and Lord & Taylor was still owned by that department store giant, Foulkes offered some clues about why the company sought to unload that particular chain.

In an interview with Recode, she noted that Lord & Taylor was “handicapped by its positioning in the marketplace” because it wasn’t a discounter like Ross Stores Inc or TJX Cos.’ T.J. Maxx, nor was it an upscale player like Hudson’s Bay-owned Saks Fifth Avenue.

That Lord & Taylor is not a luxury store may come as news to those who were only familiar with its now-closed Italian Renaissance-style Manhattan flagship or those who haven’t set foot in its mall stores in a couple of decades.

But these days, Lord & Taylor is basically a competitor to Macy’s. Case in point: On its website as of Monday morning, more than 70% of its dress selection was priced between US$50 and US$150, decidedly more affordable than aspirational.

It had also struck a partnership with Walmart Inc. back in 2018 – not exactly a paragon of luxury.

Macy’s, at least, has its Backstage off-price concept, and Nordstrom has its Rack stores to go after more price-conscious consumers.

Lord & Taylor is simply stuck in the middle and doesn’t have an obvious path toward becoming either glitzier or a discounter.

That stuck-in-the-middle dynamic was among the many problems that dragged another retail empire, Tailored Brands Inc, into bankruptcy this week.

I take no pleasure in saying that there is no place for Lord & Taylor in today’s retail world.

It has an extraordinary history, from its founding as a dry goods emporium in the 1820s to its metamorphosis into one of the world’s oldest department stores.

It was a pioneer of the idea of personal shopping.

It flourished under the leadership of Dorothy Shaver, whose appointment as the company’s president in 1945 made her a rare woman executive in an industry that still could stand to have more gender diversity in its top ranks.

Lord & Taylor has sentimental value for me, too.

It was a frequent stop on my childhood trips to the mall, because my mom had learned a love of it from her mother, who frequented a suburban New York location when it was in its full 1950s and 1960s glamour.

My grandfather bought my grandmother gifts there, usually with one of his daughters in tow to help make the selection.

But trying to save Lord & Taylor, at this point, is a fool’s errand.

It was ill-equipped to survive before the pandemic changed everything, and now it is essentially doomed. — Bloomberg 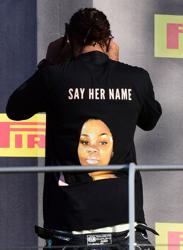 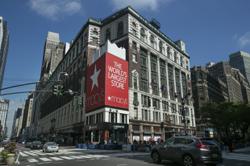