Access pool: A woman walks underneath a WHO sign in Geneva. WHO has asked those with relevant intellectual property to sign up to the Covid-19 Technology Access Pool, which will make vaccines broadly available across the world but too few have. — AFP

INTELLECTUAL property is a convenient fiction.

It is a right enforced by state power and international agreements, one that’s even more fragile than other forms of property rights since it’s not tangible. We choose to believe this fiction because we also believe that intellectual property adds to general welfare. It permits innovation and growth, and supports writers, artists, inventors – and pharmaceutical companies.

But crises upend beliefs and we are in a crisis at the moment. We should all hope the tradition of treating intellectual property as a real thing survives the pandemic. That hope must be especially keen among the companies most at risk if the myth breaks down: the pharma industry.

Nothing is more likely to test this consensus than hints of profiteering off the war against Covid-19. A Financial Times report that the US-based company Moderna Inc has sought to price its vaccine candidate around US$50-US$60 per course, for example, has shaken public health establishments across the world. The story also suggested that while Moderna might offer developing countries a lower price, rich countries would get privileged access to the vaccine.

Let me tell you the consequences if that happens and Moderna’s vaccine performs better than its cheaper competitors: The patent on the vaccine will be widely ignored. The consensus on intellectual property, painstakingly built up over time and spread worldwide over the past two decades, will be busted.

I don’t want to single out Moderna here. It doesn’t have a single successful commercial drug, nor any other Phase 3 candidates; its need to make money off this vaccine is arguably acute. Larger drug companies are different. Yet Pfizer Inc’s CEO recently said that calls for companies not to consider making a profit on their Covid-19 vaccines were “fanatic and radical.” (AstraZeneca PLC and Johnson & Johnson have promised a not-for-profit effort on their Covid-19 vaccines, so Pfizer clearly has an odd definition of “fanatic and radical.”)

If a vaccine proves too expensive or difficult to obtain, those who seek exorbitant profits off of it will be scrutinised far more closely than bankers were after the 2008 crash. Actions like those that have already allowed insiders to pocket US$80mil will provoke public revulsion, even if those trades were pre-scheduled. Calls to regulate sectors that take for granted intellectual property protections will grow exponentially. Those demands won’t be fanatical or radical, but mainstream.

It will be hard enough to preserve the myth of intellectual property within rich countries. Once international capital flows are involved, it’ll be impossible. Cash-strapped governments around the world are not going to pay tens of billions for vaccines needed to save the lives of their citizens. Any attempts to collect using the traditional trading and legal architecture will be ignored – and will indeed lead to those institutions being seen as discredited or even immoral.

There is a lesson here that goes beyond the pandemic. If we are not sufficiently careful over the next decade, one likely economic future consists of tech lords, data czars and algorithm owners sitting in the US or in China soaking up rents and payments from consumers in the rest of the world. That is simply unsustainable. Asian, African and even European governments will step in and prevent those streams of payments from being made. Global intellectual property requires the consent and enforcement of every state, not just one government. That consent will not be given if the capital flows involved appear to be one-way and permanent.

A world without global intellectual property would be one of constant electronic warfare. State-backed hacking, such as China apparently tried with Moderna this week, would be a constant threat. Nor would companies enjoy a comfortable relationship with their own governments, who would see them less as engines of growth and more as storehouses of national wealth and security. The days before copyright were tough. When the Murano glassmakers’ industrial processes were considered state secrets in the Republic of Venice, the doges would kill any artisan who left the island.

That isn’t a world we want to live in. It’s up to pharma companies and rich-country governments to ensure that we’re not forced to do so. The World Health Organisation has asked those with relevant intellectual property to sign up to the Covid-19 Technology Access Pool, which will make vaccines broadly available across the world. Too few have.

Perhaps, as some pharma companies have done, IP holders can make it clear they will only seek to profit from their vaccines once the pandemic is over. A little patience would serve them – and the world – well in the long run. — Bloomberg

Mihir Sharma is a Bloomberg Opinion columnist. The views expressed here are the writer’s own. 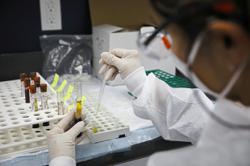