AmBank Research is positive on IHH’s latest reported results and it has maintained its “buy” call on the stock with a higher fair value of RM6.58 per share. (File pic: IHH Pantai Hospital, KL)

in its latest quarter is a barometer of how some private hospitals had unexpectedly struggled with the effects of the Covid-19 pandemic.

Their business appears to be still an attractive proposition despite the ongoing pandemic with many favourable views from analysts and even with money from other industries pouring into this sector prior to the outbreak.

Private hospitals had initially anticipated to be beneficiaries when the Covid-19 broke out but any hopes of profiting from an outbreak were dampened temporarily with TMC reporting a net loss of RM4.30mil on the back of RM34.87mil in revenue in its latest quarter ended May 31.

TMC, a smallish hospital operator that runs the Thomson Hospital at Kota Damansara, Petaling Jaya says its latest quarter had been impacted by the lower patient load due to the movement control order (MCO) that was first announced on March 18.

TMC was not able to overcome the situation even when it lowered it expenditure in the quarter, as it says in the notes to its financial statement.

But moving forward, TMC says that it is cautiously optimistic of its medium and long term prospects especially since the recovery MCO had seen it being able to recover its local patient loads for its hospital and fertility operations.

Its shares have held ground even when the latest reported quarter was announced in the week and closed trade on Thursday gaining 0.5 sen to 51.5 sen.

, the hospital group with Khazanah Nasional Bhd as one of its biggest shareholders, had reported a net loss of RM319.79mil in its most recent first quarter ended March 31.

IHH’s first quarter net losses were, however, not due to Covid-19 related issues but its bottom line was mainly weighed by an impairment of goodwill over Ravindranath GE Medical Associates Pte Ltd or Global Hospitals amounting to RM400.5mil, according to the company’s financial statements.

IHH’s revenue for the quarter at RM3.56mil was only dented slightly by 2.42% from the same quarter of the previous year.

It appears that without these impairment losses, IHH would have reported a profit position.

Its profit excluding the extraordinary items would have been at RM189.40mil as highlighted in its press release.

AmBank Research is positive on IHH’s latest reported results and it has maintained its “buy” call on the stock with a higher fair value of RM6.58 per share.

“Our valuation is based on discounted cash flow with a weighted average cost of capital (WACC) of 7.0%.

Commenting on the impairments that had impacted IHH’s bottom line, AmBank Research says that management had done this after a thorough portfolio review of non-Fortis India investments that was made in 2015 and earlier.

Moving forward, recovery is also anticipated for IHH should there not be a second wave that would threaten the economy as a whole.

“The worst impact of patient’s treatment postponements will be felt in April and May.

“Urgent cases remain resilient but cases which are elective or semi-elective were postponed.

“However, the group is seeing a strong return of semi-elective cases in June while demand for elective treatments is slowly coming back, ” the research house says.

, the hospital group’s latest quarter was for the period ended March 31 to which analysts say that it had seen early signs of impact from the outbreak.

KPJ’s president and managing director Ahmad Shahizam Mohd Shariff was reported as saying in July that the MCO has affected the occupancy rate at its hospitals with it recording its lowest ever rate at 27% in April.

Due to these, CGS-CIMB said in a report last month that it expects patient visitations and overall occupancy rates for KPJ’s Malaysian hospitals to decline significantly in the upcoming second quarter period.

It notes that patients had shied away from hospitals to prevent Covid-19 infections especially during the early phases of the MCO that was implemented in the middle of March.

“For some perspective on the impact, the month of March 2020, which coincides with the first two weeks of the MCO period, saw revenue declining by about 13% compared to the average monthly revenue recorded in January-February 2020, ” it says.

However, things are slowly looking up once again for KPJ as well as its occupancy rate had risen to 45% at the beginning of July.

A successful and sustainable recovery from the Covid-19 pandemic for private hospitals will, by and large, depend on how a second wave is thwarted both in and out of the country. 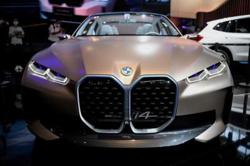