“As authorities in the world have conducted large-scale fiscal and monetary policy, one of our focus points is how such measures would affect markets, ” Masataka Miyazono, who took over as president in April, said in a interview with Reuters on Wednesday.

GPIF managed 150.6 trillion yen as of end-March and does not usually disclose its influences.

Since the current financial year started in April, Japan’s government has compiled two extra budgets for a stimulus package, worth 233.9 trillion yen in total, aiming to cushion the economic blow from the outbreak.

“Currently we are not concerned (about such downgrading moves) but of course we should carefully monitor that point as an investor, ” Miyazono said.

GPIF had reported a record quarterly loss of 17.71 trillion yen (US$168.6bil) in the three months through March, as global stock markets plunged during the Covid-19 pandemic.

But Miyazono said the fund’s investment philosophy of pursuing stable profits would not change.

Meanwhile, retail sales in Japan fell for the fourth straight month in June, as consumer sentiment remained bruised due to the impact from the coronavirus pandemic, though the pace of decline was slower than expected.

The extended fall in retail sales backed signs that the health crisis has thrown the world’s third-largest economy into a deep recession.

Retail sales dropped 1.2% in June from a year earlier, pulled down by weakness in spending on general merchandise as well as big ticket items such as cars, trade ministry data showed yesterday.

But there were bright spots in spending on food, toiletries and household electronics, which meant the decline was much smaller than a 6.5% drop expected by economists in a Reuters poll.

“The reason is that it’s consumption of goods, which has been coming back after the state of emergency was lifted.”

Compared to a month earlier, retail sales in June jumped 13.1% on a seasonally adjusted basis, rising for the second consecutive month.

The latest indicator should ease some concerns among policymakers after data early this week showing weaker first-quarter corporate spending suggested the blow to the economy from the virus was much deeper than first thought.

Policymakers are hoping a rebound in private spending, which accounts for more than half of the economy, will help provide a backbone to growth as sluggish global demand casts a shadow over the economic outlook.

But Saito warned against being overly optimistic about the state of consumption as demand for services such as eating out and hotel stays remains depressed due to pandemic risks.

The economy is forecast to have contracted by more than 20% on an annualised bases in the second quarter, marking the third straight quarter of decline.

Preliminary GDP data will be released on Aug 17. — Reuters 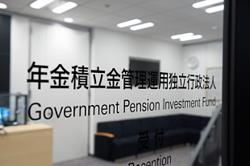