Insight - The EU’s Tobin tax is being resurrected

As the EU’s 27 members move forward with a €750bil recovery fund to prop up those nations worst affected by the virus, they’ve given their blessing “in principle” to new EU-wide tax powers to beef up Brussels’s finances. A levy on financial transactions – as well as ones on digital services, carbon and plastic – will be considered.

WHEN the European Union (EU) first suggested a tax on financial transactions a decade ago, the idea was savaged by banking lobbyists and nixed by many of the bloc’s members.

The UK said it was “madness.” The initial ambition to raise up to €35bil (US$40.6bil) a year was reduced to a mere 3.5 billion euros, with only 10 countries agreeing to take part. As of last year, the project was barely alive.

But the pressure of how to pay for the Covid-19 pandemic has resurrected the scheme, and the absence of the Brexiting Brits has helped.

As the EU’s 27 members move forward with a €750bil recovery fund to prop up those nations worst affected by the virus, they’ve given their blessing “in principle” to new EU-wide tax powers to beef up Brussels’s finances. A levy on financial transactions – as well as ones on digital services, carbon and plastic – will be considered. This is a statement of intent from France and Germany, the EU’s dominant powers and backers of the financial levy, on reshaping Europe after Brexit.

Tax policy is very much the preserve of national governments, and is jealously guarded as a result. Back in 2013, the UK was so rattled by the idea of a financial transactions tax – where a fraction of a percent is levied on bank trades – it tried to sue to stop it.

Still, we’re a long way from a truly pan-European “Robin Hood” or Tobin tax. Brussels can’t snap its fingers and raise money from 27 countries without their unanimous approval, and so far the current coalition of the willing appears limited to those original 10 supporters.

While some holdouts object specifically to very notion of transaction taxes – Swedes still remember the self-harm of their own version in the 1980s – there’s deeper resistance from the likes of Luxembourg, Ireland and the Netherlands against any assault on their low-tax economic models.

Even the vanguard of countries leading the charge are pushing a levy that looks more symbolic than severe. The latest proposed incarnation resembles a stamp duty, charging about 0.2% for buying shares issued by listed companies with a market capitalisation of 1 billion euros and above.

Any lobbying push against this tax might get a sympathetic hearing, given that France and Germany are at the same time softening financial regulation under the MiFID II scheme to encourage trading and investment.

With a probable low take-up among EU members and not much revenue to expect, there might be better approaches. One is to redesign the tax along more environmentally friendly lines. Exemptions from the levy could be given to those investing in green assets, says Dirk Schoenmaker, professor of banking and finance at Erasmus University.

Another approach would be to use the transaction tax as a bargaining chip to try to get closer to true fiscal harmonisation in the EU, which would be far better for European unity than €3.5bil in the bloc’s coffers every year.

Creating a single corporate tax base for Europe, whereby all large companies used the same rules to calculate due tax, would be a huge step toward closing much-abused loopholes.

That’s all the more urgent after Apple Inc’s successful appeal against a €13bil fine over its favourable tax treatment in Ireland.

Brexit has removed a brake on European integration, and Paris and Berlin appear serious about exploiting the absence of the Atlanticist, economically liberal Brits. That won’t make future fights on contentious issues like tax any less bitter. — Bloomberg Opinion

Lionel Laurent is a Bloomberg Opinion columnist covering Brussels. Views expressed here are his own. 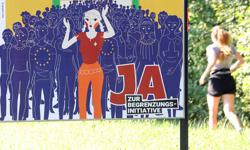 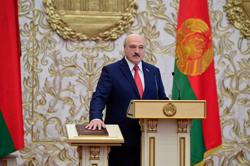