KUALA LUMPUR: Despite the flux in oil prices and upheavals in the first half of the year, Ocean Vantage Holdings Bhd managing director Kenny Ronald Ngalin and executive director Stephen Yau Kah Tak are confident that the group’s expansion plans will proceed as planned over the next two years.

Aside from broadening its range of support services and venturing further into its downstream oil and gas (O&G) segment, the group will also be continuously looking into areas of new opportunities, including the possibility of diversifying into renewable energy-related support services.

When asked about the impact of the pandemic on the Sarawak-based O&G integrated support services provider business, Ngalin said that its nine-year history speaks to its resilience.

As it was classified under essential services during the movement control order, he noted there were minimal disruptions to the group’s operations and added, “We were not negatively impacted at all, as there are always pockets of opportunity in times of crisis and we filled in the gap for support services in the country (once the borders were closed).”

In addition, Ocean Vantage numbers among the companies that bucked the trend of losses in the first quarter ended March 31, when it registered RM15.08mil in revenue and RM2.17mil net profit. Prior to listing, its net cash position was at RM4.26mil with net operating cash flow at RM4.30mil.

“Our team has experienced both the upturn and downturn of the oil price cycle.

“We have operated in the landscape where oil prices fluctuated between a low of US$10 per barrel in 2014 to a high of US$120 per barrel. Not only have we survived the low oil price environment, we actually thrived and continued to achieve commendable annual growth, ” he shared.

Yau added, “Our success factor is in part driven by our adoption of an asset-light business strategy from day one, which gives us the agility, flexibility and scalability to swiftly adapt to different cycles in the O&G industry.”

Moreover, confidence in the O&G sector is on the rebound, if the strong debut of Ocean Vantage Holdings Bhd on Bursa Malaysia’s ACE Market is any indication.

The share price opened at 43 sen, a 17 sen premium on its offer price of 26 sen, closing on a high at 53 sen during the trading session yesterday. This is in addition to its July 14 triumph, where its initial public offering (IPO) was oversubscribed by 15.9 times.

Ocean Vantage’s listing exercise sought to raise RM21.37mil at 26 sen per share for its business expansion via public issue of 82.2 million shares, which represents 20% of its enlarged share capital of 411 million shares.

Ngalin added, “With the listing proceeds raised, we can accelerate our expansion plans, which include growing our range of support services for the upstream segment such as underwater diving services, as well as advanced non-destructive testing and inspection services.

“We will develop these capabilities in-house and invest in new equipment and licensing to support the expansion.

“Another priority for us is to strengthen our presence in the downstream O&G segment as we aim to capitalise on the opportunities arising from the development activities in the onshore areas along the Sarawak Corridor of Renewable Energy.”

Established in 2011, Ocean Vantage has O&G customers from across five regions in more than 15 countries. Its services include engineering, procurement and construction, project management, supply of manpower, supply of materials, tools and equipment, as well as provision of drilling rig charter services. 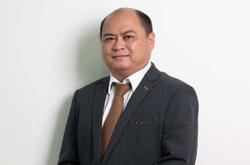