Luxshare Precision Industry Co. struck a deal to acquire Wistron Corp.’s iPhone unit and become the first mainland company to assemble Apple’s marquee device. It’s another win for a company that went from making cables and antennas to AirPods, sending its shares higher by as much as 7% Monday while Wistron fell up to 10%.

The introduction of a homegrown Chinese star helps Apple scores points with Beijing, at a time Washington officials have accused it of kow-towing to the Chinese government. It also shakes up Apple’s supply chain by threatening to wrest business away from longstanding partners Hon Hai Precision Industry Co. and Pegatron Corp. Pegatron fell almost 4% while Hon Hai, known also as Foxconn, closed 1.4% lower.

"Apple is introducing Luxshare into the iPhone assembly business to further reduce its costs, while this reflects that Taiwanese companies are starting to rid of Apple businesses that are low-margin,” said Tsai Ming-fang, an industrial economist at Taipei-based Tamkang University. "This shift may further push Taiwanese companies to decamp from China as margins continue to slip as contract manufacturing becomes more standardized.” Read more: Apple to Gain a New Chinese IPhone Maker During a Trade War Apple, which exerts enormous influence over major changes among its primary suppliers, has sought a mainland Chinese partner in part to broaden its production sources during a bruising U.S.-China trade war.

From Foxconn to Pegatron and Quanta Corp., the mainly Taiwanese contract manufacturers to the world’s biggest electronics brands are exploring ways to shift production away from China -- averting rising tariffs -- and move up the value chain. Assembling iPhones requires hundreds of thousands of workers, often culled from a volatile and constantly shifting pool of migrant labor, eating into margins.

What Bloomberg Intelligence Says Luxshare’s announced acquisition of two factories from Wistron in China may give it scope to win iPhone assembly orders beginning in 2023, based on our scenario analysis. This would hit Pegatron hard and possibly shave 3-4% off its sales, while Hon Hai’s diversity will better insulate it from the blow, we believe.

Wistron may have been struggling to compete. Its Kunshan plant -- which makes mostly iPhones -- managed a net profit margin of just 0.2% in 2019, Nomura analysts noted in a July 17 note. The Taiwanese company accounted for only roughly 5% of total iPhone assembly orders, they said.

Luxshare, in contrast, is among the largest of a crop of fast-rising Chinese electronics houses increasingly winning orders from established firms like Hon Hai. It’s become the world’s biggest maker of AirPods -- one of the fastest-selling consumer accessories in the market -- helping it record one of Asia’s best stock performances in 2019.

The company agreed to pay about 3.3 billion yuan ($470 million) for two Wistron subsidiaries in eastern China. One of those units, based in the city of Kunshan, is Wistron’s sole iPhone manufacturing site, according to people familiar with the company’s business. The deal is slated for completion by year’s end pending regulatory approval. On Monday, CICC lifted its target price on Luxshare by about 16%.

Luxshare’s deal "may now give it the scope to push on to gain share of iPhone assembly,” BI’s Kanterman and Naidu wrote. "It’s likely that Apple will support its partner and provide it with allocations over time, as the iPhone maker likely wants to further diversify its supply chain beyond just two main partners.” Read more: Apple’s AirPods Fire Up One of Asia’s Top Stocks in 2019 2020 Bloomberg L.P. 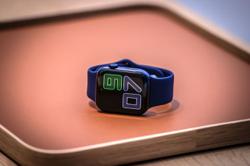 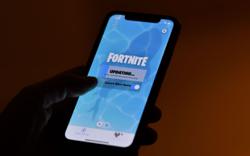 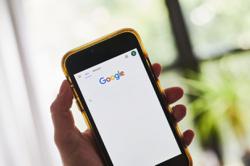