PETALING JAYA: Plantation companies are expected to report higher earnings on a quarter-on-quarter (q-o-q) and year-on-year (y-o-y) basis in the second quarter of this year.

According to CGS-CIMB Research, this will be driven by a 14% y-o-y rise in the average crude palm oil (CPO) price and a 7.4% y-o-y improvement in CPO output from the local estates.

In an early peek into planters’ Q2 results, the research unit said “earnings are projected to be much better than 1Q20 as a 34.5% quarter-on-quarter (q-o-q) increase in output will more than offset the 16% q-o-q fall in CPO price.

In its latest report, CGS-CIMB has projected that local palm oil stocks to rise by 6% month-on-month (m-o-m) to 2.01 million tonnes at end-July as “we expect output to be flattish, while exports are expected to fall by 10% m-o-m as we do not expect the high export base in June to be sustained”. 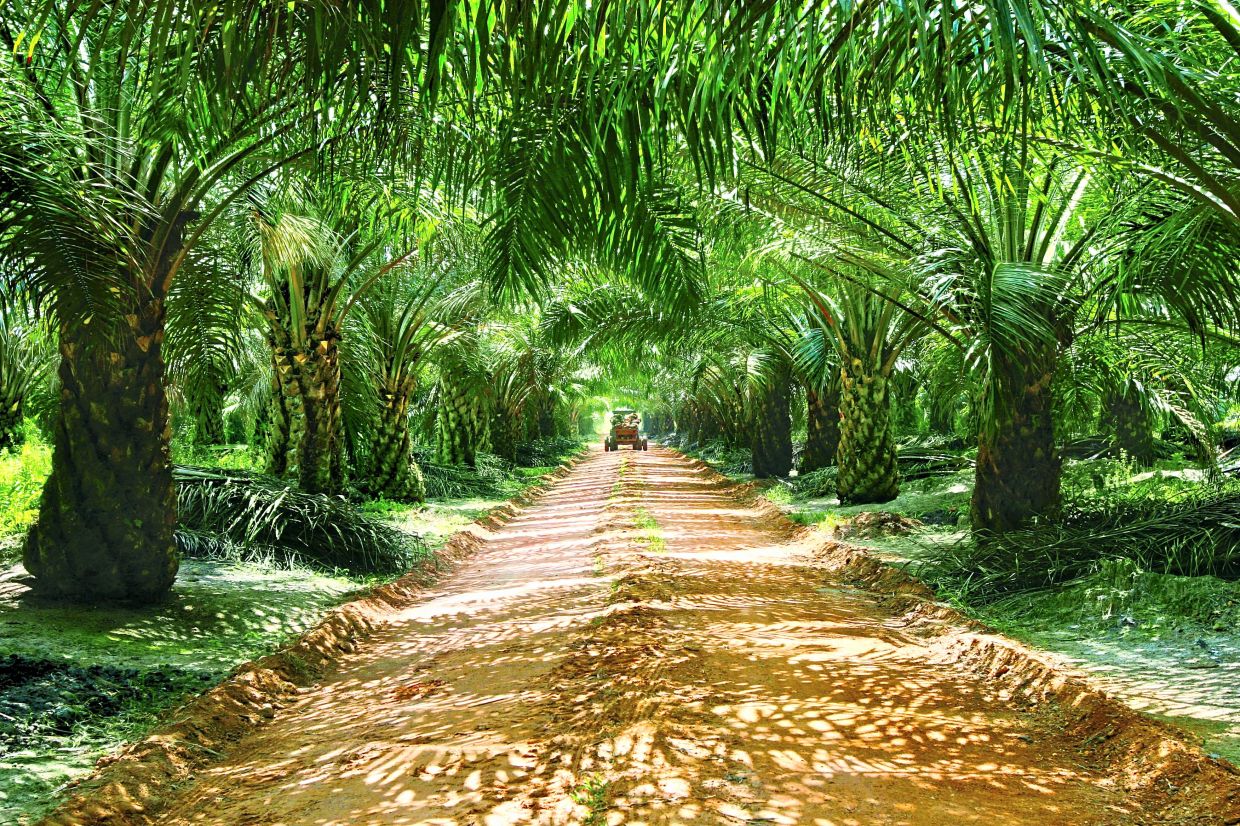 Positive outlook: TA Securities believes that exports will continue to recover in the next two months due to the decline in palm oil inventories in China and India, coupled with an attractive CPO discount against other edible oils.

On MPOB’s newly released palm oil statistics for June, CGS-CIMB said recovering demand helps to pare down palm oil stocks by 6.3% m-o-m to 1.9 million tonnes, lower than its forecasts, due to higher exports and domestic usage.

“We suspect there could be the continuation of restocking activities by consumers as the economy reopened after the lockdown in April, ” it added.

The research unit expects the restocking activities to continue this month but “at a slower pace” in view of the zero export tax in Malaysia and low palm oil stock levels in China and India.

CGS-CIMB also said that the lower stockpiles were supportive of near-term CPO prices.

There has been price recovery in June, partly attributable to the pickup in demand from several key importing countries due to restocking activities.

Nevertheless, the research unit said: “We expect CPO prices to fall under pressure in the second half of 2020 amid rising stock levels in producing countries (as we think palm-oil production will outweigh total consumption in 2H20).

“There is also rising concerns on a Covid-19 second wave at key importing countries and potentially slower demand from China as they rebuild their swine population (which means more crushing of soybeans for feeds and more supply of soy oil in the China market), ” it noted. 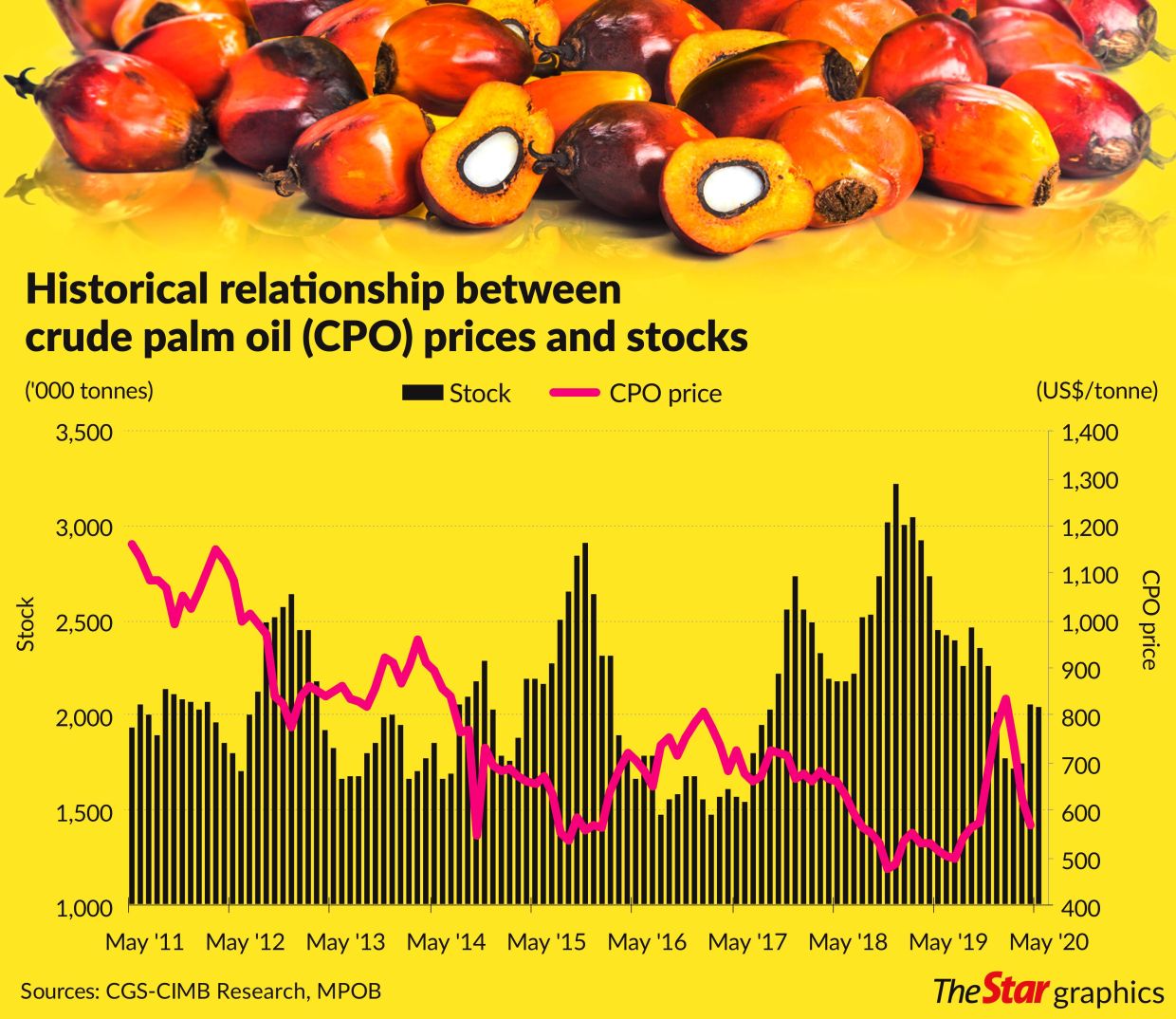 This is given its more cautious stance on the demand outlook and a weak crude oil price environment.

It added that the catalyst for CPO prices in the short term would likely be demand due to restocking activities and reopening of economies.

However, the downside to the research unit’s CPO forecast would be from prolonged uncertainties in the market due to COVID-19 and low crude oil prices.

According to TA Securities Research, although the palm oil inventory in June fell to below the two million tonnes threshold, the output growth rate was more than expected. “This may probably put some downward pressure on CPO prices, ”it said in its latest report.

On a positive note, TA Securities believes that exports will continue to recover in the next two months due to the decline of palm oil inventories in China and India coupled with attractive CPO discount against other edible oils.

However, when the buffer is sufficiently restocked, the procurement rhythm is expected to slow down and normalised.

“Going forward, the focus should centre on the strength of China and India’s inventory replenishment as well as the potential Indonesia’s production cuts, ” it added.